WEATHER STORY A blocking ridge of high pressure will remain on guard duty for the next week plus. Weather systems will continue to be directed well to our north, leaving us high and dry. The short-lived return of onshore winds Monday will reverse back to offshore flow on Tuesday. High temperatures will likely remain… Continue Reading

WEATHER STORY
The first weather system in what seems like weeks will arrive on the Central Coast late Monday night. In advance, clouds will increase and northwesterly winds will pick up on Monday afternoon. This system is disorganized, but it has a good feed of upper-level moisture. However, it will be battling against a layer of dry air in the low to mid-levels. Rain will be light and scattered at best overnight Monday into Tuesday morning. Another, similar system will arrive on Thursday which will be followed by a chilly air mass that could lead to frosty mornings into the weekend. There are some indications of a wetter weather system next week.

Monday: Mostly sunny early with seasonable temperatures. Expect highs in the upper 50s to mid-60s on the coast—warmest on the north side of the bay—and 60s to low 70s inland. Then, clouds increase with a chance for sprinkles after dark. Breezy at times late as well.

Overnight: Cloudy, with light scattered showers through the overnight hours. The clouds will help keep overnight lows mild, upper 40s to 50s. Interior locations could still dip into the 30s.

Tuesday: A few lingering showers possible, then decreasing clouds. Seasonable highs with upper 50s to mid-60s for most areas. Breezy over the hills at times.

Extended: Seasonable temperatures continue on Wednesday under partly cloudy skies. A weather system will bring light rain chances on Thursday and will then be followed by cooler weather into the weekend. 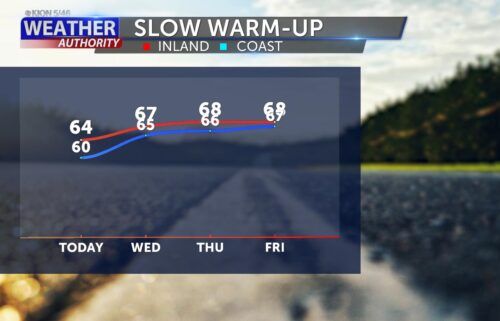 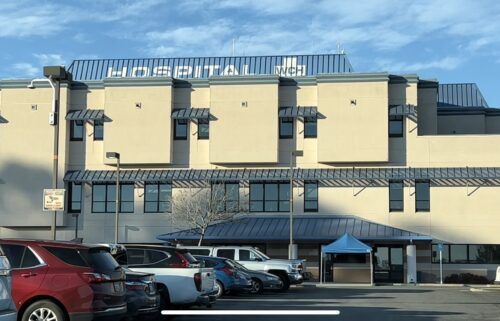 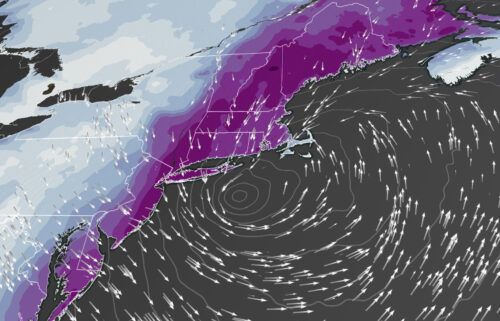