These are the general rules covering our contests and promotions.  If you ever have a question, please contact Michael Fusske. E-mail to: michael.fusske@kion546.com

2. Eligibility: To enter any contest you must be a legal U.S. resident and reside in the following California counties:   Monterey, San Benito or Santa Cruz.  Entrants under 18 must have a parent or guardian sign for them if they receive a prize.) Contest is void where prohibited by law.  Employees of NPG of Monterey-Salinas, CA LLC, Inc. and its affiliated parent (News Press and Gazette), and subsidiary companies, advertising and promotion agencies, and their respective officers, directors, representatives and agents (“Contest Entities”), entities furnishing prizes or otherwise connected with the conduct of these sweepstakes and their immediate families and members of their households, are all ineligible to participate in contest.

3. No transfer, substitution or cash equivalent for prizes allowed except at sponsor’s sole discretion due to prize unavailability and then only for a prize of equal or greater value. All federal, state, or other tax liabilities (including income taxes), and subsequent expenses such as (but not limited to) gas, insurance, and maintenance arising from this contest, will be the sole responsibility of each winner.  Prize must be claimed within ten working days of winning (or sooner, depending on prize.)

4. Prize Conditions: Potential winner(s) will be required to execute an Affidavit of Eligibility, a Liability Release and a Publicity Release (“Affidavit/Release”).  If the potential winner fails to complete the document at the time she/he picks up the prize, is found to be ineligible, or does not comply with the Official Rules, then the potential winner will be disqualified.  Prizes are nontransferable.  All federal, state, or other tax liabilities (including income taxes) arising from this contest will be the sole responsibility of each winner. Except where prohibited by law, the use winner’s entry and acceptance of the prize constitutes permission for the Contest Entities to use said winner’s name, initials, photograph, likeness, statements, biographical information, voice, and city and state address on a worldwide basis, and in all forms of media (including KION546.com) in perpetuity, without further compensation.

5. Contest Conditions: This Contest is subject to all federal, state and local laws. By participating, entrants agree to be bound by these Official Rules and the decisions of the Sponsor and Contest Administrator and waive any right to claim ambiguity in the Contest or these Official Rules.  Entrants generally may enter each contest only once, unless specifically noted.  Winners and entrants also agree to release, discharge, indemnify and hold harmless Contest Entities from and against any claims, damages or liability due to any injuries, damages, or losses to any person, including death, or property of any kind resulting in whole or in part, directly or indirectly, from acceptance, possession, misuse or use of any prize or participation in this Contest.  In most cases, once a person has won a prize, he/she will have two weeks (10 working days) in order to claim it (this may vary depending on type of prize and promotion), and contest winner will be ineligible to win another prize through KION546.com or KION TV for thirty (30) days.

6. Limitations of Liability: Contest Entities are not responsible for lost, late, misdirected, undeliverable, or incomplete entries.  KION TV and/or Sponsor(s) may prohibit an entrant from participating in the Contest or winning a prize if, in its sole discretion, it determines that said entrant is attempting to undermine the legitimate operation of the Contest by cheating, deception, or other unfair playing practices or intending to annoy, abuse, threaten, or harass any other entrants or Sponsor representatives.  Contest Entities are not responsible for lost entries due to telephonic or electronic malfunctions. If for any reason this Contest is not capable of running as planned as a result of any causes beyond the reasonable control of Sponsor including but not limited to tampering, unauthorized intervention or fraud which corrupt or affect the administration, security, fairness, integrity, or proper conduct of the Contest, then, Sponsor reserves the right at its sole discretion to cancel, terminate, modify, or suspend the Contest.

7. If the winner is instructed by KION TV or its affiliates to personally pick up a prize, it must be claimed within ten working days of winning or by the date specified in the contest rules. Upon pick-up of prize, proper photo identification (i.e. valid driver’s license, passport) from the winner is required.

8. KION TV will not remind winners of the deadline for claiming their prize. It is the responsibility of the winner to claim the prize within the specified timeframe.  All unclaimed prizes after thirty days will automatically be forfeited and may be awarded to another contestant. KION TV is at liberty to give away any unclaimed prize at the end of the thirty-day grace period.

10. In the event that a winner voluntarily chooses to not accept a prize, he/she automatically forfeits all claims to that prize. KION TV then has the right, but not the obligation, to award that prize to a contest runner-up.

11. KION TV may substitute another prize of equal value, in the event of non-availability of a prize.

12. KION TV is not responsible for any defective prizes.

13. KION TV is not responsible for any computer, browser, server, or other equipment malfunction that may or may not interfere with contest entries. Winners will be selected only from entries received by the deadline.

14. Employees of KION TV, its advertising agencies, their affiliates, representatives, and their families or households are ineligible to enter/win any contest staged on KJCT owned and operated web sites.

15. KION TV, its agencies, affiliates, sponsors or representatives absolve themselves of any liability, financial or otherwise, resulting from any contests staged by KION TV.

16. Additions or deletions to these rules may be made at the discretion of KION TV and may be enacted at any time. Basic Contest Rules and addenda are available for review during regular business hours at the KION TV office located at 1550 Moffett Street Salinas, CA 93905.  A copy of the rules can be requested through the mail or by sending e-mail to michael.fusske@kion546.com

17. To receive a list of winners, send a self-addressed, stamped envelope to: KION TV, 1550 Moffett Street Salinas, CA 93905  Please specify name of Contest and either “Rules” or “Winners.”

18. All contest rules are valid for all of our stations, including but not limited to NION TV, KCBA TV, KMUV TV. 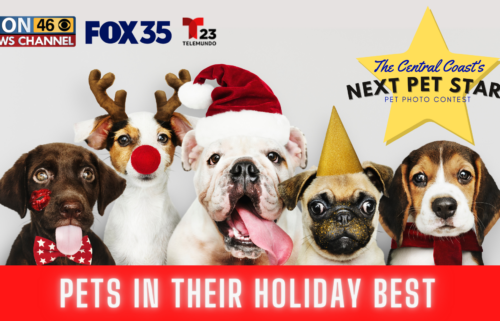 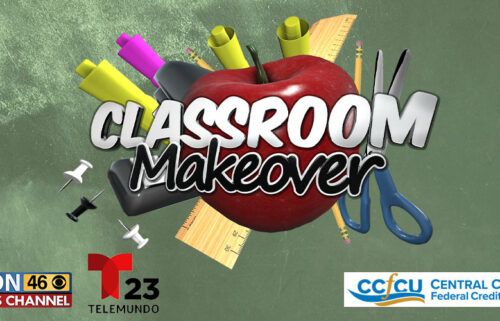 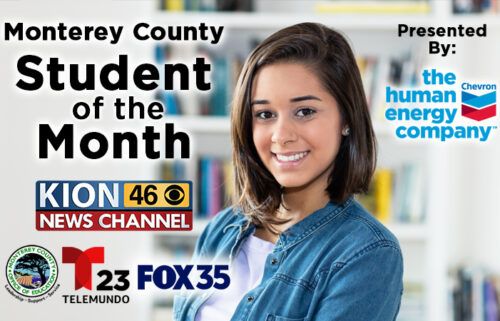