The weather pattern will remain somewhat active this week—just active to our north. As a result, we’ll catch the tail ends of several weather systems and impacts will be minor. The first arrives tonight with some drizzle/light rain possible. Another will slide by to the north Wednesday into Thursday. Some cold air will slide down by the end of the week, but some moderation is expected into early next week.

Tuesday: Partly cloudy early, then becoming mostly sunny by late morning. Clouds increase once again in the afternoon with drizzle to light rain possible after dark. Expect highs in the upper 50s to low 60s.

Overnight: Mostly cloudy skies, with sprinkles possible. The best chance for precipitation with be along the coast and coastal mountain ranges. Lows will be in the 40s to 50s for most areas.

Wednesday: A few sprinkles in the morning, then partly cloudy and a bit warmer. Highs mainly in the 60s.

Extended: Partly cloudy and mild for the remainder of the week, then mostly sunny but a bit cooler this weekend.


The outlook from the Climate Prediction Center for December 17th – 23rd calls for the likelihood of near normal temperatures and ABOVE normal precipitation. 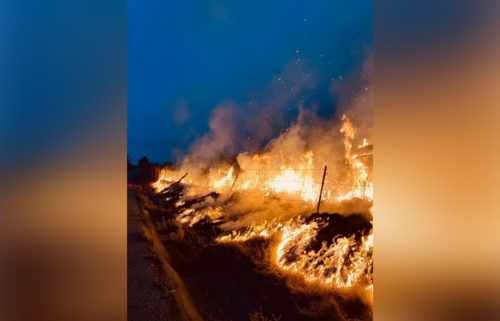