Credit agencies know a lot about Americans. The agencies accumulate information, such as Social Security numbers, birthdays, how much savings people have, how much debt they’re in and how late they pay their bills.

That data is boiled down to a number ranging from 300-850 that estimates the risk of loaning someone money. It can determine the interest rates they pay and whether they get credit at all.

So, who owns your credit score and all the granular, personal data that goes into it?

This spring, credit score giant Equifax sent out incorrect credit scores to banks and other lenders for potentially hundreds of thousands of customers, the company disclosed last week. Equifax said a sizable number — less than 300,000 people — saw a shift in their credit scores of 25 points or more because of the error. That’s more than enough for some people to be denied a loan they should have been granted.

This has infuriated Massachusetts Senator Elizabeth Warren, who has long been critical of the banking industry. In a statement to CNN Business, Warren dubbed the errors “scandalous. Equifax needs to clearly explain who was affected and how this happened, and the company needs to help consumers who were ripped off.”

Equifax disclosed the most recent error after a Wall Street Journal investigation earlier this month and problems reported by National Mortgage Professional magazine.

If the company name sounds familiar, in September 2017, Equifax disclosed that hackers had exploited a security flaw in its system to gain access to the company’s customer data. The data was for as many as 145 million people, or about half the adults in America.

Now, some critics are arguing that the whole national credit reporting system is simply broken.

Equifax is one of three large publicly traded credit reporting agencies in the United States, the others being TransAmerica and Experian, which compile data on consumer behavior and sell it to financial institutions.

But more than 50 smaller specialist agencies have sprung up, which provide such data for potential employees, tenants and utilities customers.

Credit data is being used in broader ways that it was initially intended to be, consumer watchdog groups warn, sometimes quite sloppily. Data for multiple people with the same name is often provided to a rental agency.

More than 60% of all complaints in 2021 were related to consumers reporting incorrect information on their report.

Errors are so rife that, in 2019, the current Equifax CEO, Mark Begor, told The New York Times that when he first checked his own Equifax credit report, it showed he bought a vacuum cleaner he didn’t own, a mobile phone service he hadn’t signed up for and a credit card he didn’t have.

He wasn’t alone: Last year, Consumer Reports magazine asked nearly 6,000 consumers to check their credit scores and report back. Slightly over one-third said they found at least one mistake.

For these reasons, some experts suggest more regulation, or a publicly run credit agency that isn’t attempting to make a profit off personal data.

In a study on credit reports and their use for non-credit purposes, Chi Chi Wu, an attorney at the National Consumer Law Center, warns that there’s been ‘Mission Creep’ in how widely the data is used.

Some vital services like gas, water or electric utilities use credit scores to determine whether to require a security deposit from a customer, for example.

Credit scores may be predictive of consumer behavior when it comes to shopping, but misleading about whether people will make good tenants, or pay crucial bills like utilities on time.

“Credit scores are increasingly being used as a measure of character, when sometimes its just luck,” said Wu.

The pandemic has thrown the reliability of the data into question. Credit scores often don’t tell the whole story about a person, said Michael Pugh, president and CEO of Carver Bank, a New York city bank headquartered in Harlem.

Right before the pandemic began, he said, Carver Bank had extended a loan to an equipment repair business that had decided to expand into the installation business.

“They had already hired new employees and purchased additional equipment when they suddenly had to shut the business down [because of Covid],” Pugh said in an email.

Over time, the business’ credit score sank as it depleted its savings, increased credit card usage and took longer to pay their bills. Carver continued to extend credit, and to accept late payments. “They have come out the other side stronger,” he said, but a credit report might take significant time to catch up. The installation business was lucky its bank was flexible — many other businesses weren’t.

Credit reports are being used more now, said Wu, because some people believe they remove discrimination — “figuring it’s a number, it’s just a computer program — but [discrimination] is baked in the algorithm, ” said Wu.

And there are serious disparities in credit score by race. An Urban Institute report analyzing 2016 Freddie Mac data found that over 50% of White households had credit scores above 700, compared with only 21% of Black households. That gap has narrowed in the five years since that study the Institute recently reported, but for Native-American groups in particular, the disparity remains wide.

You can’t opt out

How can a system so flawed be so powerful?

There is no legal way to opt out the powerful numerical picture of you that credit agencies paint. An Equifax executive testified before the Senate Commerce Committee in 2017 that Equifax owned the consumer data and its analysis of it and “this is part of the way the economy works.”

But, said Wu, “one of the reasons that [errors] keep happening is that they can get away with it — they are an oligopoly, you cant pick between them, like you can with mobile carriers. If you want credit,” you have to deal with these three agencies.

As for the recent incorrect data released by Equifax, unless you applied for a loan, credit card or other financial products in a March 17 to April 6 window, when they had coding errors on a server, it’s hard to know if you were affected by Equifax’s scoring errors. So far.

What rights do consumers have? The right to know what’s in their file. All consumers are entitled to a free annual disclosure upon request from each of the nationwide credit bureaus, says the CFPB. If there are errors, dispute them both on the phone and in writing — but be warned there’s a backlog in handling those complaints.

In the meantime, although consumers may have limited rights related to the data itself, there are ways to improve your credit score. Consumer advocates advise to always pay bills on time — in particular, mortgage and credit cards, because banks and home lenders report immediately to the credit agencies.

And make sure to check your report for a vacuum cleaner you never bought. 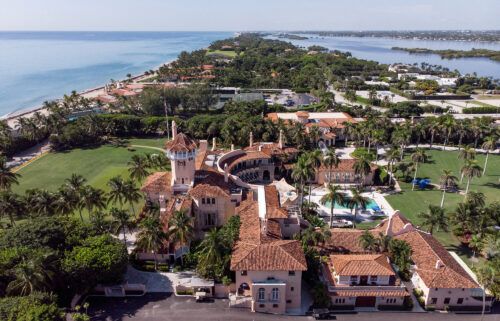