Imagine traveling across the country to visit one of the most stunning national parks in the United States only to find it’s too crowded to get inside.

That’s what happened to Elise Brandenburg of Greenville, South Carolina, when she and her family arrived at Arches National Park in southeastern Utah in late June. She had her kids out the door by 7:30 a.m.

“We rolled in, and we just missed it by a couple of minutes. The park was closed,” Brandenburg said.

Arches was already full. The group would have to wait for many other visitors to leave before they could enter the park — a delay that was not part of their road trip itinerary.

“We really can’t wait three to five hours to then try to get in and maybe not get in and then miss our next stop. So we’ve just got to keep going,” she said. “I was almost in tears. I will not tell a lie.”

Arches is one of a number of headliner national parks in the United States seeing overcrowding as summer gets into full swing in a year when leisure travel volume is expected to rebound to near pre-pandemic levels.

The influx of visitors is forcing the park to temporarily shut its gates almost daily. And disappointed visitors aren’t the only consequence of overcrowding. The natural environment is impacted, and the local community is affected, too.

Managing a crush of visitors

Since October 2020, visitor numbers at Arches National Park have consistently climbed as much as 70% in some months compared with previous years, according to the National Park Service.

On multiple days this week, the park started turning visitors away before 8 a.m. In previous years, Arches would sometimes turn people away on weekends. Now it’s happening almost daily.

“2021 will be our busiest year on record,” said Angie Richman, chief of interpretation for Arches and Canyonlands National Parks.

This is likely to be true at other popular national parks, too. “We are anticipating that this will be one of our busiest summers and busiest years ever,” said Jenny Anzelmo-Sarles, chief spokesperson for the National Park Service.

Yellowstone National Park saw a 50% increase in Memorial Day weekend visitation compared with 2019, she said, and Yellowstone and Grand Teton had their busiest Aprils and Mays ever. Great Smoky Mountains National Park has seen record visitation each month throughout the year.

Anzelmo-Sarles noted that the big spikes in visitation are mostly at the most popular 12 to 15 destination national parks. She encourages visitors to explore lesser-known parks throughout the park system, which includes more than 400 parks, seashores, historic sites and more.

Reservations for timed entry is one possible solution at busy Arches, Richman said. Yosemite and Glacier National Park are among the big national parks that have implemented reservations during the pandemic to manage visitor entry.

But that idea concerns some business owners in nearby Moab, Utah.

“I wouldn’t be as busy … Most [visitors] come here to see the national park but since the national parks are being restricted as far as letting people in and out, we’ve been busier because people are looking for alternatives to recreate with their family,” Green said.

Visitors who can’t get into Arches often go to nearby Canyonlands National Park or opt for recreation opportunities on public land outside of the national parks, which is managed by the Bureau of Land Management.

The coronavirus pandemic has introduced new visitors to public lands and to camping, said Nicollee Gaddis-Wyatt, field manager at the Bureau of Land Management in Moab. But increased interest has also put a strain on those recreation areas.

“Things get full really, really fast. And that’s where we’re seeing a lot of struggles,” she said.

“Folks are new to this, this recreating on public lands, and they don’t quite understand what that means … it’s not a hotel.”

The influx of visitors is creating struggles inside Arches National Park, too.

“We are seeing a lot of first-time visitors, you know people who have never camped before. We see a lot of dogs on trails, drones in the park. We see a lot more trash in the park … and we do see graffiti,” said Richman, the interpretive manager at Arches.

Educating visitors is important, the National Park Service, the Bureau of Land Management and some local business owners agree. Being prepared with enough water and the right shoes, being respectful of archaeological sites by not touching them and taking your trash and waste out when you leave are important reminders.

Planning is also essential, especially when it comes to booking lodging, the park service’s Anzelmo-Sarles said. Lodging in both hotels and campgrounds in and around the most popular destination national parks is either fully booked or nearly fully booked through Labor Day, she said.

Campground reservations across the National Park system are up 73% compared with 2019.

It’s not just tourists that have some local areas bursting at the seams. The draw of the great outdoors has lured remote workers and second-home buyers, sending housing and rental prices in Moab soaring.

That means that some would-be stewards of the land — rangers and land management employees — can’t afford to live in the area.

“It’s hard for us to hire people because they have nowhere affordable to live,” said Gaddis-Wyatt, of the Bureau of Land Management. She lives 55 miles away in Monticello, which is cooler and calmer, she said, but makes for a brutal commute.

“We have had a lot of people leave the community based on not being able to afford to live here,” said Rachel Moody, a real estate agent with Berkshire Hathaway.

That translates to staffing shortages in town and within the park.

“We’re so happy that as more Americans are vaccinated and traveling that they’re exploring their national parks and public lands. And rangers are there to welcome them, it just may take a little bit longer for people to get in or to find the services they’re looking for,” she said.

Gaps in resources and overcrowding may leave the fate of America’s wild spaces hanging in the balance.

“Hopefully, you know, we’ll be able to manage this,” Richman at Arches National Park said, “so that people can still come here and enjoy the natural sounds and the natural scenery without just feeling like it’s just too crowded.” 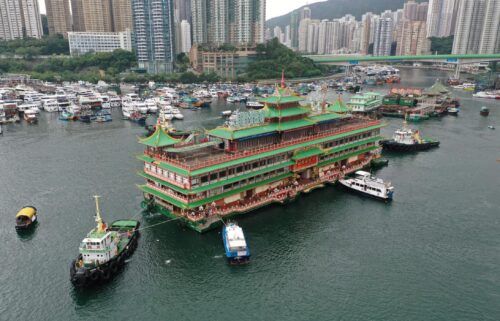 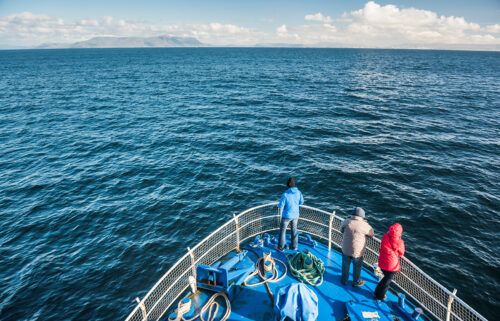 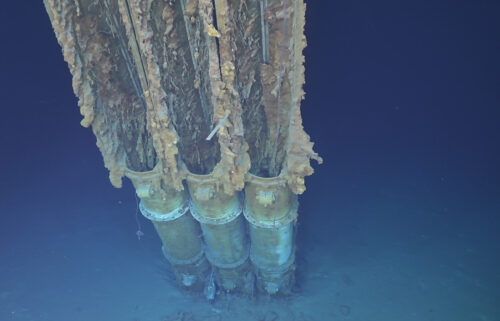 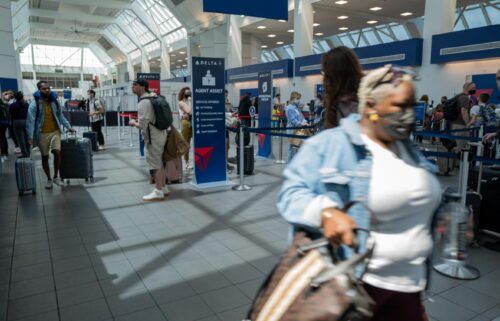