A nonpartisan House panel has called on two lawmakers to face a broader ethics investigation after allegations emerged of improper use of federal resources.

The House Committee on Ethics announced on Monday that it is continuing two investigations based on reports from October 2021 published by the Board of the Office of Congressional Ethics.

The board claims that it has “substantial reason to believe” that Republican Rep. Doug Lamborn of Colorado misused official resources and Democratic Rep. Marie Newman of Illinois promised federal employment to a primary opponent to get political support.

Both Newman and Lamborn have denied the allegations, each alleging that the complaints were political in nature.

A spokesman for Newman stated that a “right-wing organization filed a politically-motivated complaint” with the Office of Congressional Ethics, adding, “The materials produced during the OCE’s review overwhelmingly demonstrate that the ethics complaint is completely meritless.”

Lamborn’s spokeswoman, Cassandra Sebastian, said the congressman will cooperate with the House Ethics Committee and that he “expects to be fully exonerated.”

“It is extremely disappointing that two disgruntled former staffers have weaponized the ethics process for political and personal purposes,” she said.

The board of the Office of Congressional Ethics unanimously voted to recommend further review of allegations that Newman “may have promised federal employment to a primary opponent for the purpose of procuring political support,” and determined that “there is substantial reason to believe” that this may have occurred.

Due to redistricting, Newman will likely face off against her Democratic colleague Rep. Sean Casten in 2022.

Newman and Chehade settled the case, but during the legal proceedings the congresswoman acknowledged that any contract promising him such a job violates House employment and federal contracting rules, the report states.

Chehade has not cooperated with the board’s investigation, and it has recommended that the committee subpoena him.

The committee is extending its review on Lamborn after the board voted unanimously on a report that it has “substantial reason to believe” that Lamborn misused official resources for personal and non-official purposes.

Five witnesses, comprised of current and former Lamborn staffers, testified that at various points and in different instances they were instructed to perform a host of activities including running personal errands, performing campaign work, picking up mail, moving furniture, scheduling Zoom calls, putting together a naturalization celebration for Lamborn’s daughter-in-law and in one case helping Lamborn’s son with a federal job application process.

“The OCE uncovered evidence showing a pattern and practice in Rep. Lamborn’s office of official staff conducting personal and campaign-related tasks for Rep. Lamborn, his wife, and other family members during official work hours, and using official resources,” the report from the committee reads.

The committee also revealed that the congressman’s chief of staff, Dale Anderson, did not cooperate with its investigation.

The board recommended that the next step is for the committee to issue subpoenas to Lamborn, Anderson, Peter Holland, Margaret Thrailkill and Wesley Harkins.

The report describes the role Lamborn’s wife plays in the office as “exceeded what is permissible for spouses.” She has an official email account, but went beyond normal protocol, and according to testimony “regularly” requested staff help with campaign-related matters or personal errands during the workday. Staffers also testified that she was involved in the hiring, firing and promotion decision-making process.

For example, Witness 1, a former district director, recalled that Anderson said of Mrs. Lamborn asking for assistance during the workday, “If anybody asked, it was — we took it on our own lunch but it would last like two or three hours.”

A former staffer explained that Anderson made it clear that “Mrs. Lamborn had precedence and that, if — no matter — there were certain things that we were doing that were — we needed all hands helping, and she would always overrule those situations.”

The former staffer added that after Anderson would explain that “then Mrs. Lamborn would say, if mama ain’t happy, nobody’s happy.”

Rep. Lamborn was asked specifically about whether his wife instructed a congressional staffer to move furniture at his home during personal time and Lamborn recalled this happening “on at least one or maybe per — perhaps two occasions.”

When asked whether his wife has asked staffers for assistance with personal errands, the congressman told the committee, “My — my understanding is that my wife would not do that because that’s not really allowed under the congressional rules of — of ethics and she wouldn’t want to run afoul of that. You know, we try to follow the rules very carefully and very sincerely. So I don’t think she would knowingly do that. I just don’t think she would knowingly do that,” according to the report.

In 2020, when Lamborn’s daughter-in-law became a naturalized citizen, the Lamborns and Anderson instructed staff to plan and host a celebration in Lamborn’s district office, the report states.

“The day of, I was like, how am I going to get compensated for this? And, again, Dale Anderson just laughed,” Witness 1 said.

In 2020, Witness 5 testified that Anderson instructed him to assist Lamborn’s son with his job application process before the son was ultimately hired at the Pentagon. Witness 5 stated that he spent “several hours providing extensive guidance,” which included reviewing his resume, evaluating federal job postings and assisting with mock interview questions. Witness 5 even recalled helping Lamborn’s son with interview preparations over a weekend.

The investigation also found that staffers said they were instructed to host celebrations in the office for special occasions such as Christmas and birthdays, which included a gift from all staffers in both the district and DC office.

Witness 5 testified that he would receive an email from Anderson before the holidays or the congressman’s birthday instructing him to provide a gift and that he did not interpret it as a voluntary request. Witness 1 stated that Anderson told each office to provide a gift valued between $125 and $200 and that gifts related to beer and food were preferable.

Although current and former staffers testified that there might have been glitter and balloons or cake and ice cream for staff, the committee found that staffers did not receive gifts “with the same frequency or of equal or similar value to that of the Lamborns.”

The committee did acknowledge in its report that there were “some inconsistencies” among the witnesses and how they each described the pervasiveness of the issue. 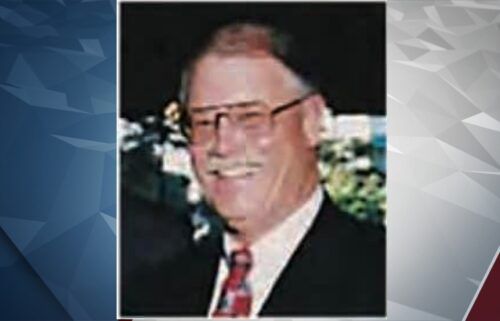