The mystery behind the deaths of a couple, their baby daughter and the family dog, who were found on a hiking trail near Yosemite National Park in August, has come to an end.

The cause of death for Jonathan Gerrish, Ellen Chung and their 1-year-old daughter, Miju, was hyperthermia with possible dehydration due to environmental exposure, Mariposa County Sheriff Jeremy Briese said at a news conference Thursday.

“This is a very tragic incident, tragic situation, and has been very unique from the onset,” Briese said.

The cause of death for the family dog, Oski, is still undetermined, according to the sheriff, but they also suspect heat-related issues.

The hyperthermia deaths are the first Briese has seen in his 20 years in Mariposa County, he said.

Search-and-rescue workers found the family August 17 in a remote area of the Sierra National Forest near the south fork of the Merced River, according to the sheriff’s office.

The trail has several steep inclines and the couple had hiked approximately 6.1 miles in temperatures ranging from the mid 70s to around 108 degrees, according to Briese. The trail had little to no shade, he said.

Briese noted that an empty 85-ounce water bladder was found with the couple, and no other water containers were present.

Investigators were considering an array of possible causes, from toxic algae reported in the nearby Merced River to noxious gases from abandoned mines near the trail, a spokesman told CNN at the time of the deaths. There was no physical evidence on the bodies, so causes such as gunshot wounds or blunt force trauma were ruled out, along with suicide, considering there was no note and nothing pointing to that outcome.

In July, the US Forest Service warned that toxic algae had been discovered in the Merced River and urged people not to swim or wade in the water or allow their pets to drink it, but this was ruled out as a possible cause, the sheriff said.

“The question of why can never be answered and will remain with us,” relatives of Chung and Gerrish said in a prepared statement, describing the pain of losing a loved one multiplied by four as “indescribable.”

“Our hearts will never forget the beautiful lives of Jonathan, Ellen, Miju, and of course Oski. They will remain with us wherever we go, and whatever we do,” the statement said.

Gerrish worked for Google and had recently started a job at Snapchat, according to Steve Jeffe, a family friend, who was alerted by friends that the family had not returned home from a day hike.

“They were amazing people, very generous,” Jeffe told CNN. “They love their daughter very much.”

The family’s nanny found no one home when she arrived Monday morning, and after Gerrish failed to show up for work, “alarm bells went off,” Jeffe said.

“They were an amazingly loving and doting family,” said Jeffe, describing the couple as beloved with a very large group of friends. 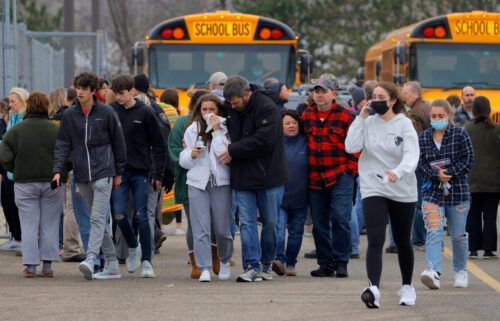 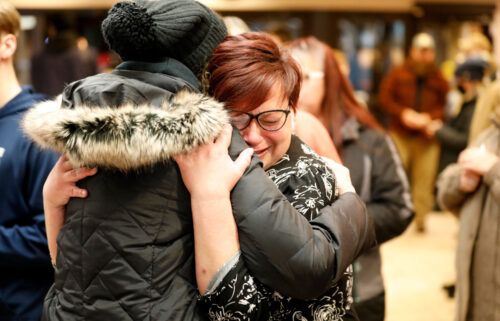