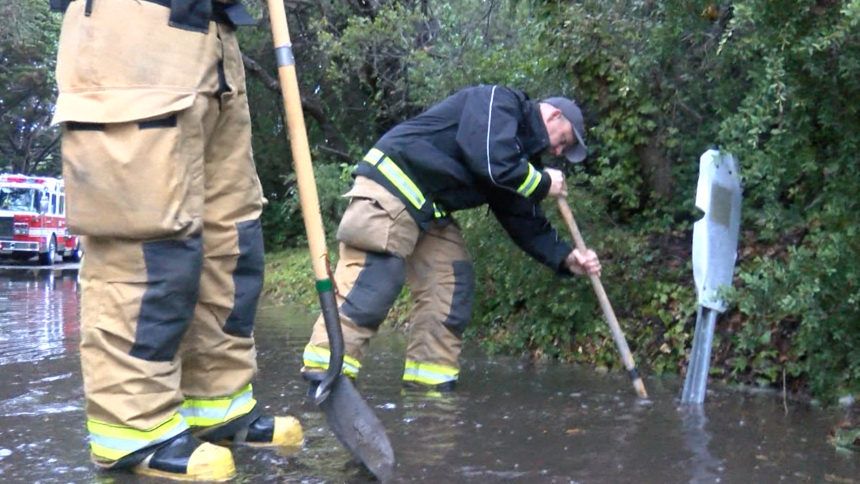 “This is a good example of a storm drain that was plugged. Over the summer these things need to be cleaned out,” said CalFire Captain, Richard Baier.

Baier said the drain was covered with vegetation that prevented water from flowing through. The flood quickly began to threaten a home just yards away.

"It's always a good idea, before the rain, to make sure the grates are clear. Clear the vegetation out so the water can drain freely,” said Baier.

Nearby residents may have called first responders in the nick of time. With more heavy rain in the forecast, Baier said they were lucky to clear the drain when they did.

Others admit they’ve dealt with the same problem in past storms. “When we got the first rain, it really came into our garage. It was pretty severe,” said Carmel Valley resident, Siddhartha Hamilton.

High winds are forecasted for the Monterey Peninsula, Saturday night. Residents should be prepared for potential power outages, road closures, and property damage.

“We took in our wicker outdoor furniture, pillows, and things that were outside,” said Monterey resident, Cynthia Colby.

Some choose to stay positive, and said they’re thankful that fire season could be on its way out. "I am very happy to have rain. We needed it very badly,” said Colby.