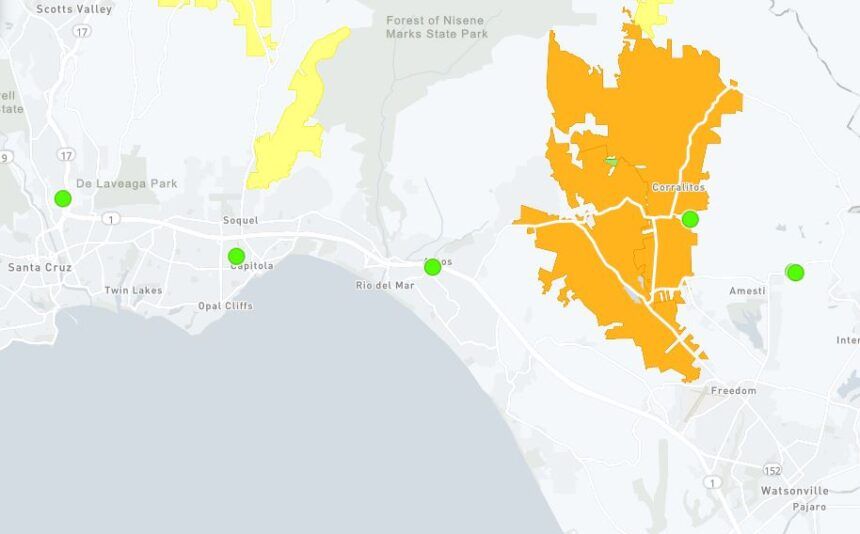 CENTRAL COAST, Calif. (KION) Some PG&E customers living on the Central Coast are still experiencing a loss of power after yesterday's planned and unplanned outages due to weather conditions.

Corralitos in Santa Cruz County is on its second day without power, impacting local small businesses.

"It didn't come back on at all yesterday," said Annie Gouskos, Manager of Big J's Pizza. "When I came down here, to the store this morning it still had not been turned on.

Big J's Pizza in Corralitos has been around for more than two decades and is one of the several businesses that lost power. They lost power Monday afternoon without notice and did not get it back until later this afternoon.

"It's getting old because this is like the sixth time that the power has gone out," Gouskos said. 'It's not just for an hour or so, it's four hours. This is the longest out of all the other times.

The pizza shop lost revenue and also had to toss out some of their food that went to waste, such as their pizza dough. Plus, when the power did return, Big J’s Pizza had to turn customers away.

"By the time I get all my dough done and clean up the waste that we have to throw out," she said. "It's gonna take hours for me to feel get back ready to be open."

Unlike Big J's Pizza, Blossoms FarmStore & Coffee Shop remained open while surrounding businesses had their doors closed. Still, it was hard for them to provide service.

"It impacts our whole little area here," said Manager Julian Hood. "It impacts us dramatically, we can't do many sales we don't have our hot espresso drinks. We can't warm up food for people and the whole general area is out of power so a lot of people just go elsewhere."

Other businesses in Corralitos said they would like to receive some sort of reimbursement or credit to their account.

According to PG&E, "Customers can always file a claim with PG&E. Typically, outages caused by extreme weather are not eligible for reimbursement, but we take a look at each claim to make a final determination.”