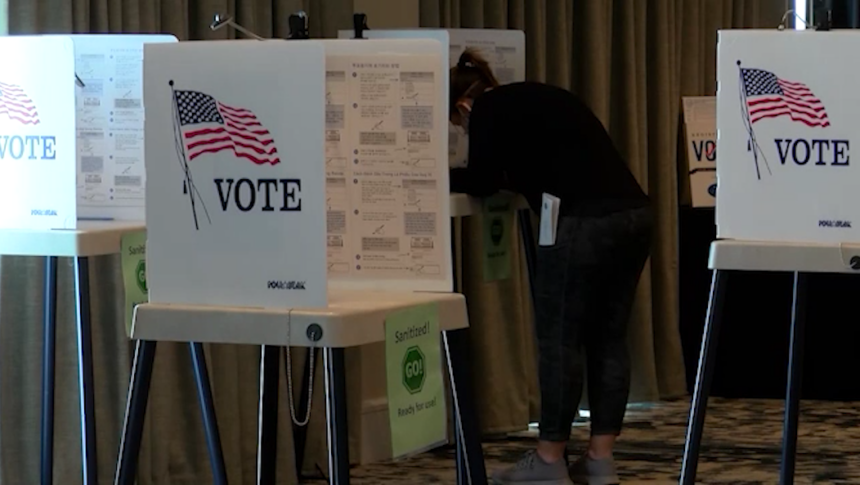 Stakes are high as we're one day away from election day and the outcome of this election is crucial as it will have a huge impact on the Central Coast.

Political Analyst Dr. David Anderson said there is a lot at stake for Central Coast Residents and their families which includes, immigration, education, health care, and COVID.

“If suddenly the state administers were to change, what services and protections would be available for immigration, education, health, and so forth under some of these alternative candidates who have declared basic hostility to some of our programs,” said Dr. Anderson.

Governor Gavin Newsom said this recall election was initiated Due to republican opposition to immigrants.

“It is a direct act on the Latino community,” said Gov. Newsom. “This is the sixth effort to recall me by the republican party and this was done the last time I expanded healthcare regardless of immigration status."

But some Republicans say changes need to be made. Jeff Gorman with the Monterey County Republican Party said, he wants the recall of governor Newsom to succeed, but then he wants to focus his attention on the state assembly.

"We need to have someone in the bully pulpit, the central seat, the governor seat, describing the problems and putting solutions to the assembly, and then we need the people of California To vote on who will be a good assembly member or a state senator, in their districts."

A recent Berkley ISG survey shows that more than half of Californians have said that they will vote against the removal of Newsom. On the Central Coast specifically, about 61% said they would also vote no.

According to Dr. Anderson Democrats have returned twice as many ballots as Republicans so far and the odds are that the governor will prevail.