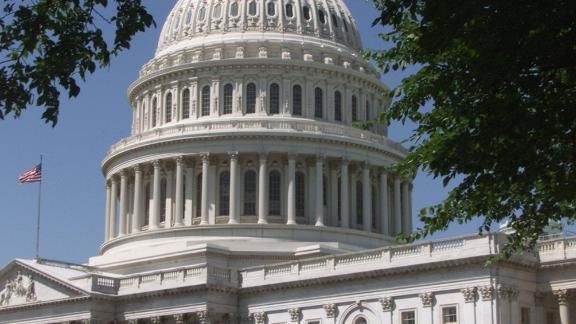 The state’s House delegation will go from 53 to 52. The Census Bureau population determines how the 435 House seats are allocated.

“The loss of a congressional seat for California is the first time ever in history, California has never lost the seat before,” said Local Political Analyst David Anderson.

The state of California remains the state with the highest population, a total of 39.5 million people. Although the impact may not be felt immediately, it could affect the next presidential election when it comes to electoral college votes. More than 187.2 million dollars was invested in outreach campaigns.

"I think across the state, we all faced very similar challenges, and we all did the best that we could," said Soto.

Monterey County's Census Lead, Rosemary Soto,  said the number of people moving out of the state is greater than those coming to it. Also, under the Trump administration the political climate for undocumented immigrants caused fear for many, she said.

"It created a lot of mistrust in government, a lot of fear, a lot of concern, and it made our jobs a lot more difficult here locally,” said Soto.

With California having more congressional seats that are Democratic than republican, the state will remain blue. Local Political Analyst, David Anderson believes the effect of this loss of a seat will have marginal effects. It is difficult to predict exactly where and how individual districts will be affected, he said.

"It's much too early to tell what the effects are going to be because California has a citizens redistricting commission,” said Anderson. “The Commission will do studies, it will do interviews, it will do data analysis, it will figure out where to draw the lines."

According to Anderson, the final adjustments and changes to the congressional seating should be determined by this fall.