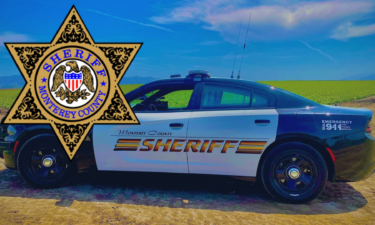 SOLEDAD, Calif. (KION-TV)- On August 3, the California Department of Corrections and Rehabilitation said an inmate was murdered after being attacked by another inmate.

Angel Montes, 30, is suspected of attacking Peter Hernandez, 59, in a housing unit dayroom with a weapon at 8:04 a.m., leading to his death. Staff used chemical agents to stop the attack and life saving-measures were used on Hernandez that proved futile.

Hernandez was pronounced dead at 8:22 a.m. and Montes has been put into a separate housing unit for the remainder of the investigation, said the CDCR.

Nobody else was injured during the attack. Hernandez's cause of death is pending an autopsy, according to the CDCR.

"Hernandez was sentenced to CDCR on May 12, 1997, from Santa Clara County to serve a life with parole sentence for second-degree robbery as a third-striker and petty theft with a prior as a third-striker," said the CDCR. "While incarcerated, Hernandez was sentenced in Kings County on Nov. 1, 2021, to serve a two-year sentence for possession/manufacture of a deadly weapon by a prisoner."