SANTA CRUZ, Calif. (KION) The Santa Cruz Harbor is back open, but crews are still surveying the damage left behind by tsunami waves that hit the coast Saturday.

It was a calm Monday afternoon at the harbor — a stark contrast to Saturday morning, when the parking lots around the harbor were submerged in feet of water.

"My concern was just making sure our boats were tied up and that our rowing dock, which suffered the majority of the damage during the previous tsunami, was still OK and in one piece," said Rusty Kingon, boating director for UC Santa Cruz.

The tsunami advisory sent waves to the west coast, spurred by an underwater volcano eruption near Tonga.

People were back out at the harbor dining and enjoying the water Monday, but behind the scenes, the harbor is still dealing with the aftermath.

"All of the docks have been opened, but there are still several of them that power and water have not been restored," said Port Director Holland Mac Laurie.

Flooding in the North Harbor parking lot submerged and damaged the transformers, leaving many at the docks without power.

"We have had crews on site over the last two days who have been working to dry those transformers out and regain and restore power to those docks. But it's a challenging process and we're still working towards regaining power," said Mac Laurie.

Power has been restored to those in the Southeast Harbor, but they were still trying to restore power to the North Harbor Monday afternoon.

So far, Mac Laurie says they haven't heard any reports of boats sinking, although some did sustain water damage. Parts of the harbor's dredge were also damaged by the waves.

"The Port District's dredge itself did not sustain any damage, but the critical ancillary equipment such as the anchoring system and the dredge pipeline became entangled. It folded up on itself and was damaged," said Mac Laurie. "Our dredge crew did a great job working quickly to get that resolved and get the dredge secured."

A couple of docks and pilings were also damaged, but Mac Laurie says they have been cleared for use.

"There are a couple of hazards located in the North Harbor. There's one on U Dock and there's one on G Dock as well. Those hazards have been marked and cordoned off. But structurally, the integrity of the docks themselves are all fine, with the exception of a couple of pilings that will need to be replaced and one damaged section on U Dock, which will be replaced as well," said Mac Laurie.

As for how much repairs will cost — the Harbor is still looking into those estimates. But they faired much better than the last tsunami in 2011, which caused around $25 million in damage to the Santa Cruz Harbor. 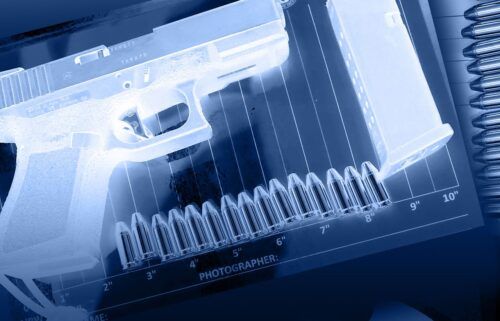