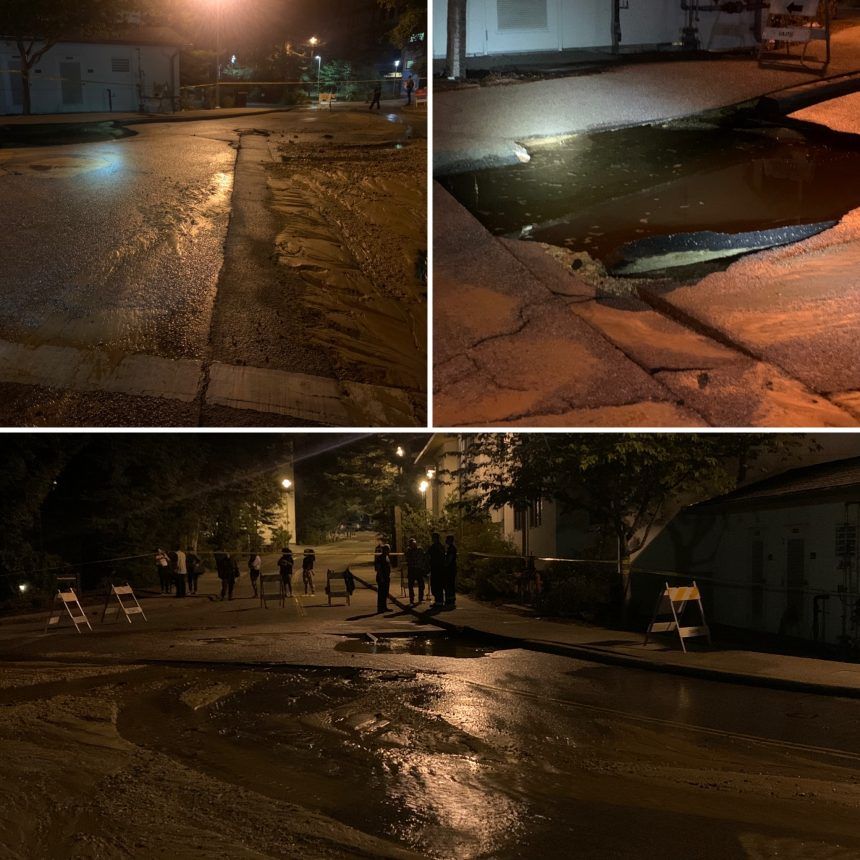 A 10 foot diameter sinkhole has forced authorities to close a portion of Porter-Kresge Road in Santa Cruz.

According to the UC Santa Cruz Police Department, the sinkhole appeared on july 10th at around 9:35 p.m. after an underground waterline broke on Porter-Kresge Road.

Authorities reported the other parts of the roadway were also damaged due to the cave-in.

Porter-Kresge Road will be closed between Porter Circle and West Court until repairs can be made.