SACRAMENTO, Calif. (KION and CBS13) The CBS affiliate in Sacramento reports that groups of protesters are marching toward the California State Capitol.

Police told CBS 13 that no incidents have been reported at this time. There is still a large police presence to monitor the protesters.

The station reports that some protesters are carrying Black Lives Matter flags and many are wearing black. CBS 13 says several have gone up to the barrier fence placed around the building. 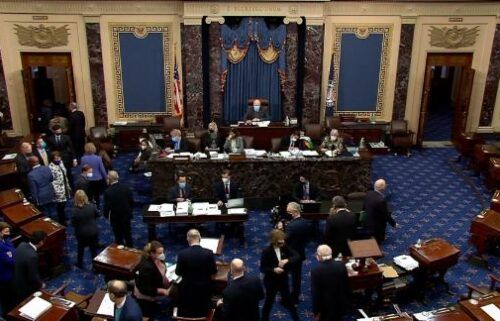