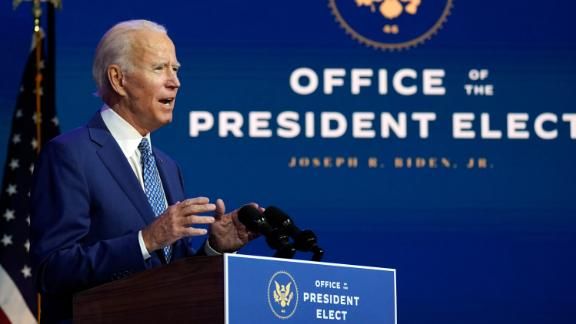 (CNN) Joe Biden will win Georgia, CNN projected Friday, striking at the heart of what has been a Republican presidential stronghold for nearly three decades. The former vice president is the first Democratic nominee to triumph in Georgia since Bill Clinton did it in 1992.

Biden's victory adds 16 electoral votes to his tally, bringing him to 306 -- matching President Donald Trump's 2016 total. With CNN's projection that Trump will win North Carolina, the final tally is 306-232.

In Georgia, Trump had raced out to an early lead in the counting, but Biden surged ahead as the votes from Atlanta and its suburbs were tabulated.

The Democratic ticket's historic success has been fueled by a grassroots organizing renaissance that rallied a rapidly diversifying electorate and suburbs that are, at once, growing and becoming increasingly inhospitable to Republican candidates. Georgia Republicans have compounded the issue, with state lawmakers refusing so far to expand Medicaid under Obamacare and Gov. Brian Kemp, in 2019, signed a so-called "heartbeat bill," one of the country's most restrictive abortion laws.

Biden's success in a traditionally Republican state is the culmination of slow, steady gains there by the party. Two years ago, Democrat Stacey Abrams fell narrowly short in her bid for governor, losing to Kemp by 1.4 percentage points. Her campaign, and the work she's done since then, has focused on bringing out Democratic voters who had stayed home in previous cycles. That set the stage for Biden, a moderate, to win big in the counties overlapping and outside Atlanta, a city at the heart of the New South.

"We have been working at this for more than a decade. And there have been dozens of organizations and hundreds of people who've made this their primary mission," Abrams told CNN's Jake Tapper this week on "State of the Union." "I have been privileged to be able to bring to bear resources, both before the election of 2018 and then the $40 million we were able to spend in 2018 to build a Democratic infrastructure that may not have yielded a victory for me in 2018, but certainly yielded a victory this week."

Democratic presidential candidates have been closing the gap on their Republican rivals in recent elections. But none had repeated Bill Clinton's feat from 28 years ago, when he defeated incumbent George H.W. Bush. Barack Obama came close. Hillary Clinton, in 2016, got closer. Biden completed the project.

Sensing opportunity in the final days of the race, vice presidential nominee Sen. Kamala Harris, who was joined by Abrams, and Obama both visited the state. Apparently anxious over a shift toward Biden, Trump also touched down in Georgia on the weekend before Election Day.

As Biden gained ground in the days after the election, so too did Democratic Senate challenger Jon Ossoff in his campaign to unseat Republican Sen. David Perdue. Neither ended up reaching a majority of all the votes, meaning both their race and the special election for the state's other Senate seat, are headed to runoffs on January 5.

The results of those contests, Perdue against Ossoff in one race and Democratic Rev. Raphael Warnock taking on GOP Sen. Kelly Loeffler in the other, will determine which party holds the Senate majority next year. Democrats would need to win both to swing the numbers in their favor.

Loeffler and Perdue, though, are facing the prospect of running without Trump on the ballot. Still, they are trying to grab on to his coattails by crediting his outrageous, bogus claims of mass voter fraud. The pair even called for the resignation of Georgia's Republican secretary of state, who refused.

Because the presidential race was so close, with Biden up by a little more than 14,000 votes, the state began an audit on Thursday morning. It is due to be completed next week. But the Trump campaign can, even if the margin is unchanged, request a subsequent hand recount. 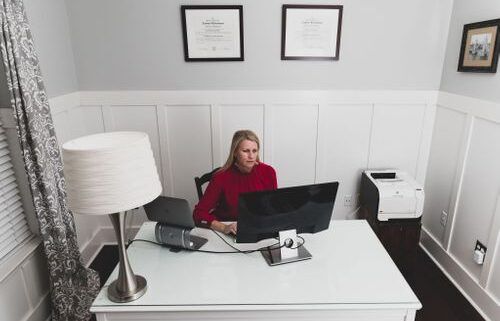