Visiting Ukraine right now to experience what’s it like living in the middle of a war, see its bombed cities, feel the danger and meet its fighters isn’t likely to be on anyone’s travel wish list.

But six months after Russia invaded the country, unleashing a wave of death and destruction, one organization is inviting tourists to come.

Online platform Visit Ukraine.Today last month launched guided day tours of the so-called “Brave Cities” that have defied and continue to resist Russian invaders, offering travelers a look at how the country is living amid conflict.

“Set off on a journey to awesome Ukraine right now,” the tour company’s website implores.

Despite international alerts warning against travel to Ukraine, the company says it’s so far sold 150 tickets, while its website offering information on safely traveling to and from Ukraine is receiving 1.5 million hits a month, up 50% on pre-invasion numbers.

It says anyone signing up for the tours can expect walks among bomb debris, ruined buildings, cathedrals and stadiums, as well as burned out military hardware, plus the regular wail of air raid sirens. Landmines are also a risk.

While it might seem like a ghoulish way to spend a vacation, Visit Ukraine’s founder and CEO Anton Taranenko tells CNN Travel it’s not the same as “dark tourism” that sees visitors flock to other sites of death, disaster and destruction around the world.

Taranenko says the tours represent a chance for Ukraine to highlight its citizens’ spirit of defiance as well as showing the outside world that life goes on, even in a war.

‘Living life no matter what’

“It’s not only about the bombs, what’s happening today in Ukraine is also about how people are learning to co-live with the war, help each other,” he says. “There’s real change, a new street spirit.

“Maybe across the street from where a bomb recently struck you’ll see friends eating nice traditional food at a re-opened bistro.

“We are happy for some moments, there are not just the bad and sad things as seen on TV. Life goes on and there’s hope that soon all this will be over.

“Children are growing up, we try to live life as much as possible no matter what.”

The US Department of State currently has a “Level 4: Do Not Travel” warning against Ukraine because of the Russian invasion. It urges all US citizens to leave the country immediately and warns that, following the suspension of operations at its Kyiv Embassy, no consular assistance can be offered.

Similar alerts have been issued by other countries. The UK Foreign and Commonwealth and Development Office warns there is a “real risk to life” due to attacks on cities and regions.

Nevertheless, Taranenko is urging people to visit. “If you want to see our destroyed cities and brave people fighting, please come now,” he says.

But, he adds, visitors must be aware that nowhere in Ukraine is 100% safe, although having a guide will help mitigate the danger.

“We regularly check the situation so we can monitor the different levels of safety,” he says, pointing out that many Ukrainians have now returned to areas they initially fled, particularly the capital Kyiv, due to the invasion.

“Ukraine is rising again, people are coming back to cities, municipalities are starting to rebuild, cities are recovering from the horrors and there are one million foreigners in the country. Kyiv is now the most visitable and safest place,” says Taranenko.

Discovering the country, he adds, means looking into the eyes of Ukrainians whose lives have changed forever but who live in anticipation of victory.

Visit Ukraine has been appreciated by the government for its work in supporting the war-hit country’s decimated tourism industry and supplying information to help citizens arriving and leaving. But there’s no official approval for its current drive to encourage visitors.

“Now is not the appropriate time to visit, but after we win and the war is over, we will invite people to visit Ukraine,” Mariana Oleskiv, chairperson at the State Agency for Tourism Development of Ukraine, told CNN.

“At state-level we want Ukraine to be open to tourism but for that we need more weapons, we need to win and stop the war. Our official position is visit Ukraine when it will be safe to visit, maybe possible to do it next year, I hope.”

Oleskiv said that domestic tourism had actually restarted within Ukraine, reaching up to 50% of pre-war levels despite the fighting, but it was too early and too risky for foreigners to come. She suggested tours could be bought as a way to support the tourism industry.

Although martial law has been introduced in Ukraine and air traffic has been suspended, Taranenko says foreign visitors can still quite easily travel in and out by land, passing through the country’s eastern checkpoints with Europe.

While travel is possible, independent travel security experts warn against it.

Charlie McGrath, owner of Objective Travel Safety, a UK-based company that trains people for war zones, says even areas of Ukraine that appear to be safe can pose a real risk.

“I invite extreme caution due to the ongoing random Russian attacks,” he tells CNN. “Even though far west Ukraine is relatively safe and life appears to go on, the southeast is much more dangerous. It would be like rolling a dice.”

He says visitors would need reassurances over what protection they’ll be offered on the tours and what happens if they get injured or their guide gets killed. There are also questions about what hospitals and local resources would be involved.

“I would recommend not to do it,” he adds.

Taranenko says, regardless of the risks, there is an appetite for visiting Ukraine. Of the 150 tickets sold so far, 15 have been to Americans, he says.

Tour groups will be limited to groups of 10. Participants will meet their guide at the pickup points and be prepped on how to act should a critical situation arise — such as where to find shelter if air raid sirens sound.

“Having a guide who knows the place and exactly which direction to take is a guarantee,” he says. “If you venture on your own 10 meters on the left, or 10 meters on the right, you might end up on a mine or bomb.

“For instance in the Bucha area there are forests with bombs still activated that could explode anytime.”

The day tours are 3-4 hours long but can be expanded, based on requests. The company says profits from the sale of all tickets goes to support war refugees.

Oleksii Vlasenko, 32, a Kyiv-based business travel entrepreneur told CNN he attended one of the tours in July, visiting several conflict-damaged cities. He said while he did not face any apparent hazards during the trip, there was an inherent danger.

“Of course there is always a risk, as the war continues, but I think it’s different now,” he said. “People are interested in traveling to see the destruction after the war. However, I would not recommend the tour to women and children, but to young men, why not?

“In Kyiv, Lviv, Bucha, Irpin, there’s a normal life now back, despite rocket alarms every day, there are no Russian occupant soldiers anymore.”

Among the tours on offer is a collection titled “Brave Cities,” which take in destinations like “strong and invincible Bucha and Irpin” — two locations close to Kyiv which were brutally targeted by Russia in the early days of the invasion.

Highlights read like a retrospective of some of the worst headlines of the conflict, with trips to bombed-out residential areas and damaged cultural treasures.

Other city tours include “Persistent and hardy Sumy,” “Kyiv In One Day,” “Sightseeing Tour of Lviv” and “Odesa – a Pearl by the Sea.”

Some areas like Mariupol and Mykolaiv, either under Russian control or still under sustained attack from Russian forces, remain off-limits to tours.

But Taraneko is optimistic he’ll be inviting visitors there next year when, he says, the war will hopefully have ended. 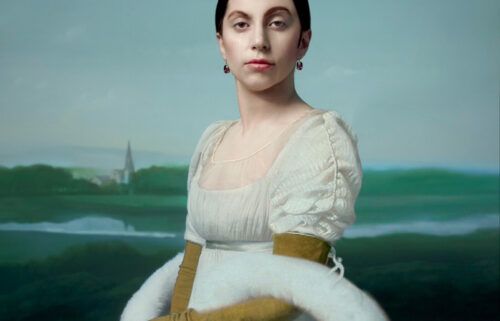 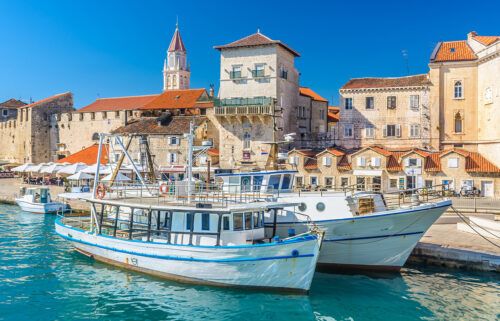 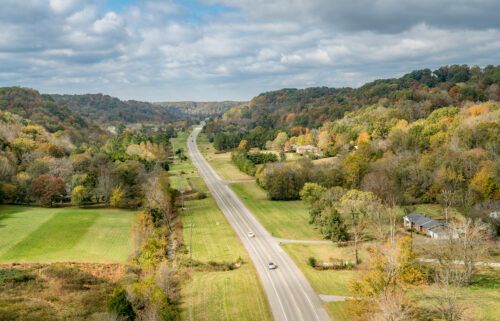 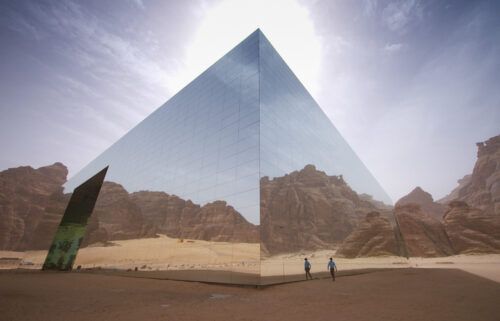