As CBS2’s Jennifer McLogan reports, a lawyer, a police officer and a PhD candidate are the latest among multiple former students from Babylon Junior-Senior High saying they were victims of sexual misconduct at the hands of their teachers and coaches.

“I initially came forward when I was 16 years old with my story and I wasn’t taken seriously. And now I’m 30 years old, coming back to the place where I was traumatized,” said Babylon HS graduate Darcy Orlando Bennet.

The attorney general say her office is taking the complaints seriously and has launched a civil investigation.

“Every student on Long Island and across New York deserves to feel safe and protected at school. The reports of sexual abuse of students at the hands of their teachers and coaches are troubling and must be investigated. My office is launching an investigation into the Babylon School District over these disturbing allegations,” James said in a statement Tuesday. “The safety and wellbeing of students — both past and present — is of utmost importance, and we will do everything in our power to protect their right to a safe learning environment.”

“A sense of relief, but also a sense of, like, a fire lit in me. Like, I am determined to fix this. I have a daughter that’s going into 7th grade next year,” said Babylon HS graduate Barbara Maier.

After an avalanche of complaints,and a six-hour board meeting, Babylon’s superintendent placed five employees on paid leave and a sixth resigned. A seventh teacher – a coach – is no longer with the district. His alleged sexual relationship with Brittany Rohl, class of 2011, is what set this in motion. She was the first to come forward.

“He told me that he was going to take my virginity because no one else could love me like he did,” Rohl said.

The floodgates opened and survivors continue to share their stories.

“He would ask me about, like, ‘Do you have any boyfriends?’ and he would like try to give me shoulder massages and always find a way to touch me,” said Sienna Klaas Puleo, who graduated from Babylon HS in 2009.

In a statement, the school district said it is fully cooperating with the attorney general and state Department of Education investigations and is in contact with the crime victims center to provide training to staff and services for students.

“I personally believe this is something like the Catholic church scandals. They don’t fire the teachers. They reassign them, or they go to another school district, and the predatory behavior continues,” said St. Sen. Phil Boyle.

The women speaking out allege there were systemic coverups for decades.

“I am in awe of the courageous individuals who have come forward, both former and current students, to tell their stories. Their allegations must be thoroughly investigated and I’m confident that will now happen with the Attorney General’s investigation,” the statement read in part. 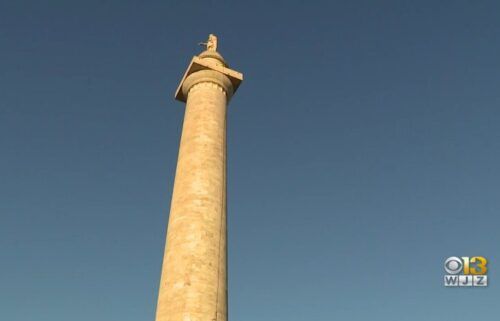