WEATHER STORY
Expect big temperature swings in the next week or so…
The weather has been a little odd so far in June. Typically, our weather pattern becomes fairly static with a ridge dominating in the West without much west to east movement over Central California. However, we keep getting these pesky troughs of low pressure that look more like a late April, early May pattern. These troughs bring wind, a few sprinkles, and unseasonably cool temperatures, but also help keep the pattern amplified with results in stronger but transitory ridges passing by. That’s we we have also been seeing intermittent periods of heat as well. This pattern will again play out in the coming days with a deep trough passing by this weekend and strong ridging returning next week—cool, then hot again.

Saturday: Mostly sunny with a few extra clouds over the hills. Seasonable to slightly cool on the coast with highs in the 60s to around 70ºF and definitely cool for this time of year inland with highs in the 60s-70s. Gusty northwest winds at times, especially in the afternoon and evening.


Extended: Temperatures will begin to trend back upward by Sunday (Father’s Day) but will likely remain at or below normal under mostly sunny skies. Then, expect warming each day until Wednesday/Thursday as a strong ridge builds in. The heat will be especially notable inland with highs exceeding 10ºF above normal. On the coast, onshore flow will moderate things, but above normal temperatures are also expected. 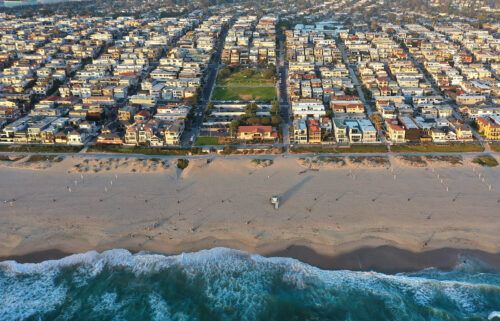