The Supreme Court of South Carolina has ordered former Trump White House chief of staff Mark Meadows to testify before a special grand jury investigating efforts to overturn the 2020 election in Georgia.

“We have reviewed the arguments raised by Appellant and find them to be manifestly without merit,” the South Carolina Supreme Court justices wrote in their opinion.

The decision upholds a ruling by a lower court in South Carolina, where Meadows resides, which determined he was “material and necessary to the investigation.”

Fulton County District Attorney Fani Willis is spearheading the special purpose grand jury investigation into attempts to manipulate Georgia’s 2020 election results. The probe was prompted by the infamous call between then-President Donald Trump and Georgia Secretary of State Brad Raffensperger, in which Trump requested that he “find” the nearly 12,000 votes that would secure his victory in the state. But the investigation has grown to include the fake electors plot, the presentations made by Trump allies to Georgia lawmakers that promoted bogus voter fraud claims and other Trump-world machinations from that period.

The Atlanta-area investigators, in demanding Meadows’ testimony, pointed to his involvement in the Trump-Raffensperger call and to a December 2020 White House meeting about election fraud claims that was touted by Meadows. Their filings also reference his visit to a site where an audit of Georgia’s election was underway and emails Meadows sent to Justice Department officials about unsubstantiated fraud allegations.

An attorney and a spokesman for Meadows did not immediately respond to a request for comment.

Meadows previously argued in court filings that the South Carolina law that the Fulton County district attorney is using to force his appearance does not apply to the subpoena in question. Meadow’s attorney had also stressed executive privilege concerns.

Other former Trump allies, including his then-attorney Jenna Ellis, have brought similar challenges to the Fulton County probe’s subpoenas — but most have so far been unsuccessful. 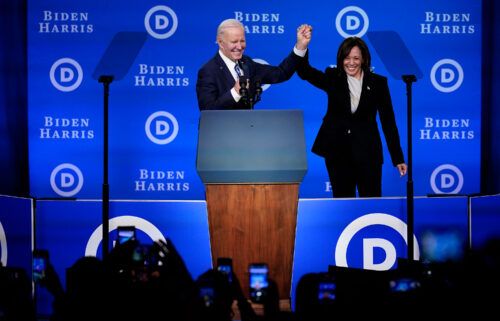