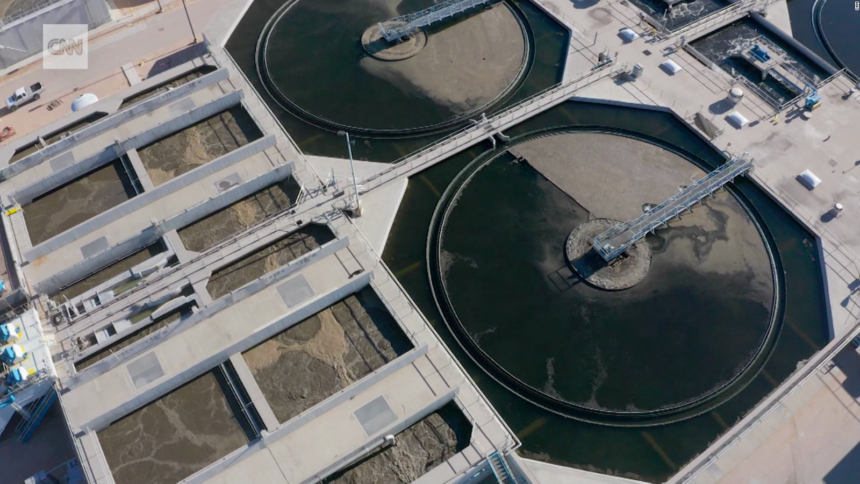 Covid-19 surveillance is at a crossroads in the United States. With at-home tests now outnumbering those done in laboratories, official case counts are more incomplete than ever as the nation — and world — faces down increasingly transmissible coronavirus variants.

Wastewater surveillance is poised to fill in the gaps and help avoid the threats that an invisible wave of the virus could bring. This surveillance can help identify trends in transmission a week or two earlier than clinical testing, giving public health leaders the chance to focus messaging and resources. It can be used as a tool to sequence the virus and find new variants sooner, too.

But eagerness to use this tool is stifled by uncertainty about exactly how to do so, along with a lack of resources and support to learn.

Testing sewage for virus particles can provide early warning signs of increased transmission in a community, capturing even those who have asymptomatic infections or aren’t being tested.

Since the US Centers for Disease Control and Prevention launched the National Wastewater Surveillance System in September 2020, hundreds of sites have come online, with potential to expand even more. The CDC has funding for the program through 2025, and the National Association of County and City Health Officials says interest among its members has grown significantly over the past two years.

But few communities have been able to translate that interest into a sustainable practice or concrete actions to manage the pandemic.

Although 38% of local public health agencies have monitored wastewater at some point during the pandemic, only 21% plan to continue after the pandemic wanes, according to a recent report.

Public health agencies ranked wastewater surveillance as the least influential factor in pandemic management, and only about half have used it to inform decision-making.

The report represents findings from a survey of more than 200 public health officials across the country that was conducted between November and January.

A government watchdog report from April said wastewater surveillance has “enormous potential” to be a key public health tool in the US but noted that some aspects of the science need “further development.”

Sewage samples can be diluted by rainwater or industrial discharge and can be contaminated by things like animal waste, for example.

“As a result, you get a lot of uncertainty, and uncertainty is not the word that you want to present to an epidemiologist. It’s scary. It means you have to make a lot of assumptions, or you have to explore a new science during a pandemic,” Diamond said.

Wastewater surveillance is not a new public health tool, but it was far from mainstream before Covid-19.

Public health agencies were most likely to implement wastewater surveillance programs if they had the support of expert advocates, according to the survey of public health leaders. But about a quarter said there is no clear agency leading this work, and about half said they didn’t have the resources or capacity to do it themselves.

“There’s this whole rally in visibility around wastewater surveillance, and then the guys on the ground, the people who are actually leading the work are like, ‘Yeah, this is not sustainable for us,’ ” Diamond said.

The CDC’s launch of the national wastewater program has helped some, the survey found.

But it has not come without its own challenges. It took the CDC about a year and a half to work through how to best standardize and present the data it had been collecting into a national dashboard, a testament to how complicated the data can be.

The agency first stood up the national dashboard in February, presenting only one data point on the relative change in virus levels at each site over the past 15 days. It recently updated the dashboard to include another data point on how the current level of virus detection compares with other points in the pandemic.

But last month’s report from the Government Accountability Office noted that more remains to be done.

The watchdog agency called out “a lack of national coordination and standardized methods” that challenge broader adoption and complicate efforts to interpret the data and use it to drive public health interventions.

Clinical testing may not be constrained in the US right now, but it is underutilized in favor of at-home tests that remain unreported or no testing at all.

Current trends in the data are clear: Virus levels have been rising in most surveillance sites in the US for weeks. And at the end of last week, more than a third of surveillance sites had detected levels that were higher than most historical levels, according to CDC data.

Despite the challenges that remain, the benefits of wastewater surveillance shouldn’t be ignored, Diamond says.

“I don’t think we should not be held back by lack of consensus around standardization in the data, because it may never come,” she said.