WEATHER STORY
A complex weather system is currently impacting the West Coast. The shower & thunderstorm threat is not as strong as it was Thursday afternoon, but areas of stronger, potentially convective showers will remain through Friday morning. High pressure builds in through the weekend with warmer, dryer weather expected.

*Beach Hazards* (via NWS)
… for all local beaches through early Saturday morning.

A long period swell of 18 to 20 seconds arrives early Thursday morning with swell heights over 12 feet from coastal Sonoma County to coastal Monterey County. The swell arrives over the northern waters early Thursday morning, moving southward impacting area beaches through Thursday evening into Friday morning, resulting in a high risk of sneaker waves and strong rip currents. Swell periods will diminish slightly to 15 to 17 seconds on Friday, but the risk for sneaker waves and rip currents will persist. Additionally during this time period, the high energy of this swell may result in larger breaking waves in the surf zone from 14 to 18 feet. Swell heights and periods are expected to diminish below risk threshold Friday overnight into Saturday.

*A strong northwest swell at 18 to 20 seconds associated with swell heights over 12 feet arrives early Thursday morning, impacting area beaches with breaking waves of 14 to 18 feet possible through Friday.

*.High risk of sneaker waves and strong rip currents. Larger breaking waves in the surf zone may be possible.

Friday: Moderate to heavy rain during the morning. Rain is expected to stop by early afternoon. Mostly cloudy early, then becoming partly cloudy with just an isolated shower possible over the inland hills. Cooler and windy at times with highs in the 50s-60s.

Overnight: Increasing clouds and decreasing wind speeds after dark. Patchy fog may develop around the coast and over the hills. Lows in the mid to low 40s both inland and coast.

Saturday: Mostly sunny and warmer with highs in the upper 50s to 60s on the coast and 60s to 70s inland. Gusty onshore winds at times.

Extended: Expect mostly sunny skies with building high pressure through the weekend. Temperatures will warm closer to normal on the coast and above normal inland by Sunday then level off there into early next week before some cooling mid-week. 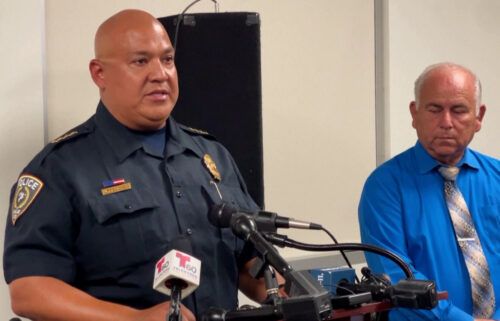