WEATHER STORY
The weather becomes more tranquil in the wake of this early season storm. Still, high surf will continue to pummel the coast into Tuesday. A weak, trailing weather system may bring a few clouds and sprinkles to the coast late Tuesday, but after that, high pressure builds in with sunnier, warmer weather for the rest of the week. We’ll cloud back up a bit into Halloween weekend as a disturbance approaches from the northwest.

… from the National Weather Service in Monterey (text in italics):
***HIGH SURF WARNING***
… for the immediate coast of Monterey & Santa Cruz Counties from until 11AM Tuesday.

A strong storm has been impacting the area and will continue to significantly increase wave energy into early Tuesday. This wave energy will transition through the coastal waters and peak this afternoon. Swell of 16 to 24 feet at 16 to 18 seconds is forecast to arrive with the swell train as it peaks on Monday and result in a number of coastal hazards. These hazards include large breaking waves of 20 to 30 feet (higher at favored break points), increased risk of strong longshore and rip currents, increased risk of coastal erosion and minor coastal flooding, and enhanced coastal run up concerns due to the summer beach profiles in place. Due to the early arrival of these large waves, many beaches are still transitioning from their summer beach profiles and lack the features and steepness to resist larger wave run up on coasts. This means that more of this wave energy will have a chance to move onto the beach and overtake individuals, potentially injuring them, or pulling them into the cold ocean.

Each year, people die at the coast due to these or similar ocean conditions. A high surf warning for the entire coast has been issued for this threat and remains in effect until 11AM Tuesday, with the highest risks once again at west to northwest facing beaches.

- Breaking waves can sweep people off jetties and docks, and into dangerous seas. Life-threatening swimming conditions and significant beach erosion can be expected.

-  Everyone should remain out of the water due to life-threatening surf conditions. Stay off of jetties, piers, and other waterside infrastructure.

Overnight: Expect mostly clear skies to start with low clouds/fog developing over the valleys. Lows in the 40s for most areas.

Tuesday: Mostly sunny but cool with highs mainly in the 60s. High clouds increase late in the day with a few sprinkles possible near the coast late.

Wednesday: Mostly sunny and warmer with highs in the 60s-70s. Northerly winds pick up over the hills in the afternoon and will continue into the overnight.

Extended: Sunny, warmer weather will continue into Thursday and perhaps Friday. However, clouds will be on the increase into the weekend as a weather system approaches from the northwest. It will have to be watched for rain but at the moment, at the very most it looks like chances are low and light. 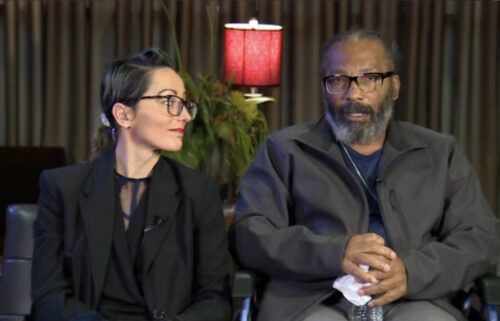 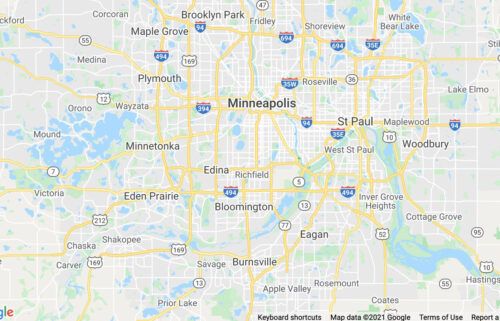 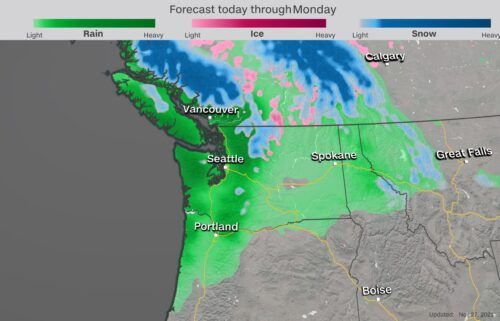