Air Quality (as of 7:30AM)
GOOD for all reporting stations

WEATHER STORY
Between two weather systems, that’s where we’ll be for the next week or so! The big monsoonal high is taking a little tour over the Central Rockies while a big low is gyre-ing (is that a verb? Probably not) in the North Pacific. We’re in between these two things—which is going to keep us not too hot and not too cold. With that said, low clouds will remain a part of the coastal forecast and while it may be warm inland, you’ll get the wind in the valleys during the afternoon—from here to eternity.


Friday: Partly cloudy on the coast during the afternoon and mostly sunny inland with a few high clouds passing through and some cumulus clouds over the Diablo Range. Expect coastal highs from 63º-71ºF and highs from 73º-103ºF inland. Winds pick up for the valleys in the afternoon and early evening.

Overnight: Low clouds for the coast and inland valleys. Patchy fog & drizzle possible. Lows in the 50s for most areas—60s up in the hills, especially farther east.

Extended: It’ll be subtly cooler on Sunday and then a bit warmer on Monday, but we’ll only really see that variation inland. Coastal areas won’t budge all that much. As for the weather outside of temperatures, if you’ve enjoyed the past few days, boy are you going to love the next 5, 6, 7--20?  ADVERTISING 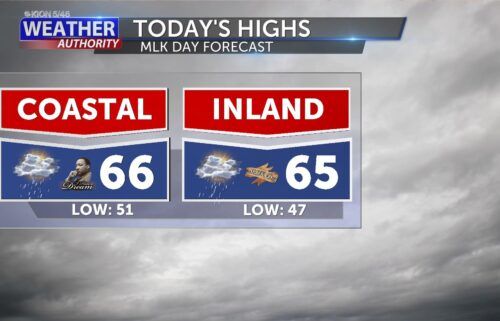