The Big Ten Conference has fined Michigan State University $100,000 and suspended Spartans cornerback Khary “KJ” Crump for the first eight games of next season following the post-football game fight against rival Michigan in the players’ tunnel at Michigan Stadium on October 29.

Crump, a redshirt sophomore, has already served a team-issued four-game suspension following the scuffle, part of which was recorded on video.

The conference said the penalties imposed by the Spartans to other team members were sufficient. Seven players and one staff member completed team-issued suspensions and will be able to play at the start of next season, if they have eligibility remaining.

A video posted on Twitter from The Detroit News showed several Spartan players in an altercation with a Wolverine player in the tunnel at Michigan Stadium in Ann Arbor.

At the time, Michigan football Head Coach Jim Harbaugh said two of his players were “assaulted,” and one of them may have a broken nose.

Michigan State Vice President and Athletics Director Alan Haller previously called the evidence “alarming,” adding that “the behavior we reviewed was both uncharacteristic of our football program and unacceptable.”

Conference officials also said Monday the league issued a “public reprimand” to the University of Michigan for their part in the fight — specifically for violating the “Game Management Manual” conference policy which requires hosting schools to “provide adequate protection for personnel of both home and visiting teams when entering and leaving playing arenas.”

School police from both universities and the Michigan State Police jointly investigated the incident, according to the prosecutor’s office.

Seven Spartans football players, including Crump, were charged last week, according to the Washtenaw County Prosecutor’s Office. Attorney Mike Nichols, who represents Crump, said they “don’t want to try this case in the media, we plan to try it in the court.”

Nichols added, “This was a gut-punch to KJ, being charged the day before Thanksgiving and he’s going to get through it.”

Attorney David Diamond and his client, Michigan State player Angelo Grose, who is charged with one count of aggravated assault, are “disappointed in the decision to file criminal charges,” he told CNN in a statement.

“The Michigan Penal Code for aggravated assault requires infliction of serious or aggravated injury. We do not know the true extent of the Michigan player’s injuries and who, if any of the 7, actually and directly caused them, which is the definition of reasonable doubt,” Diamond said.

Another player was involved, the conference said in a statement, but officials couldn’t determine whether he actively participated in the “physical altercation.”

The cross-state schools have had a storied rivalry for generations. Michigan, then ranked No. 4 in the nation, defeated Michigan State 29-7 before the scuffle. 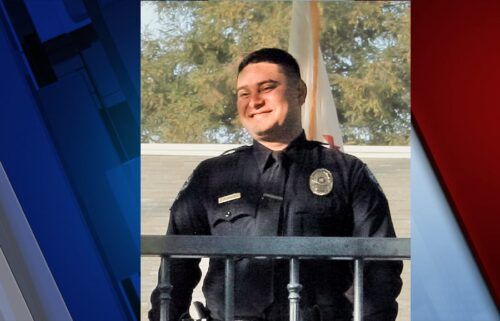