“The CONMEBOL 2021 Copa América will be played in Brazil!” CONMEBOL said on Twitter. “The start and end dates of the tournament are confirmed. The venues and fixtures will be announced by CONMEBOL in the coming hours. The oldest national team tournament in the world will make a whole continent shake!”

The tournament was originally planned to be hosted by Argentina. CONMEBOL did not specify why the tournament had been removed from Argentina, but the country is currently suffering from a rise in coronavirus cases, with a seven-day average of more than 30,000 new daily cases, according to data from Johns Hopkins University.

The virus however is also rampant in Brazil, raising questions in some quarters about its suitability as a host.

“We were very criticized by some governors and other people because we are announcing this. There is still nothing confirmed. I want to point out very clearly. We are in the middle of the process, but we will not shy away from the demand, if, it is possible to meet,” Luiz Eduardo Ramos, chief of staff to the Brazilian presidency, told press early Monday evening.

He did not explain an earlier official CONMEBOL statement that directly thanked President Jair Bolsonaro for “opening the doors” to Brazil.

“…CONMEBOL thanks President Jair Bolsonaro and his team, as well as the Brazilian Football Confederation CBF for opening the doors of that country, to what is today the safest sport event in the world,” the confederation had tweeted.

Ramos said that it would be the Brazilian Football Confederation’s responsibility to define venues and negotiate with hosting states and municipalities. Nevertheless, he said, the federal government will try to accommodate the tournament, with certain public health precautions.

“It is important to emphasize that this event, if it takes place, will not have audience. At the moment, there are ten teams, with two groups. 65 people for each delegation. All vaccinated,” Ramos said.

If CONMEBOL’s schedule holds, the Copa America should begin in mid-June. The 2020 edition of the tournament was postponed by a year due to the coronavirus pandemic and was set to be held in both Argentina and Colombia between June 13 and July 10, the first time in tournament history it was to be jointly hosted.

Colombia was stripped of its co-hosting responsibilities on May 20 following widespread protests across the country that were sparked by a controversial fiscal reform introduced by President Iván Duque.

Alongside the usual 10 South American nations, this year’s tournament was also set to feature Qatar and Australia as invitees, but both countries pulled out in February due to scheduling issues brought on by the pandemic.

Now with less than two weeks to organize an international tournament, Chile, Ecuador and the US have also been touted as possible locations to step in and host the Copa América. 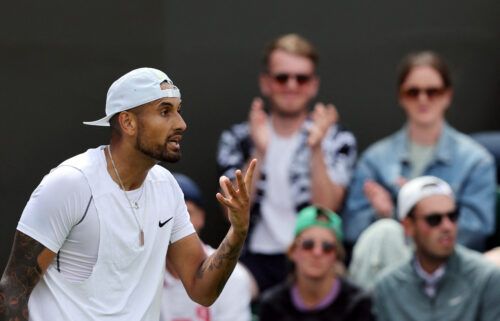