The House on Thursday easily approved a bill to provide funding for Israel’s Iron Dome after it was removed from a separate bill to prevent a government shutdown and suspend the nation’s borrowing limit.

The $1 billion in funding allocated for the aerial defense system had initially been included in the must-pass legislation that the House considered earlier in the week, but the provision was removed from the final version to appease a group of progressives who said they would sink the legislation unless that funding was struck from it.

The bill now goes to the Senate where it’s unclear when it will get a vote.

House Majority Leader Steny Hoyer created a separate bill to bring to the floor Thursday under suspension, which means it bypassed the normal rules required to pass the bill and required a two-thirds majority to pass.

The final vote was 420-9 with two present. Eight Democrats and one Republican voted against the bill.

The Iron Dome Aerial Defense System is designed to intercept rockets midair — by targeting them and firing interceptor missiles to destroy them — before they can kill civilians living in Israel. It was initially developed by Israel’s defense technology company Rafael, but the system has since been heavily sponsored by the United States.

As of November 2020, the United States had provided $1.6 billion to Israel for Iron Dome batteries, interceptors, co-production costs and general maintenance, according to Congressional Research Service.

The legislation specifically will provide funding to replace missile interceptors that were used during the heavy fighting with Hamas in May.

According to a news release on the legislation, the funding is “is consistent with the 2016 Memorandum of Understanding between the United States and Israel, which commits the United States to providing additional assistance to replenish the Iron Dome after periods of fighting to allow Israel to continue to defend itself from attack.”

Democratic Rep. Rashida Tlaib tweeted her disapproval of the funding ahead of the vote, stating Wendesday, “I plan on casting a no vote. We must stop enabling Israel’s human rights abuses and apartheid government.”

Democratic Rep. Ilhan Omar expressed her disapproval of the funding tweeting Thursday, “Given the human rights violations in Gaza, Sheikh Jarrah, and ever-growing settlement expansion, we should not be ramming through a last-minute $1 billion increase in military funding for Israel without any accountability.” Omar and Tlaib are the first two Muslim women to serve in Congress, and Tlaib is Congress’ first Palestinian-American woman to serve in the House.

But some Democrats were frustrated when the provision was stripped from the original bill.

Democratic Rep. Elissa Slotkin, who serves on the Armed Services Committee, characterized opposition from members of her own party to this funding as “devoid of substance and irresponsible.”

House Appropriations Chairwoman Rosa DeLauro expressed her support of the funding, saying in a statement, “the United States’ commitment to the security of our friend and ally Israel is ironclad. Replenishing interceptors used to protect Israel from attacks is our legal and moral responsibility.”

When Tlaib went to the floor to voice her opposition to the bill, she called the funding “absurd and unjustifiable” and referred to Israel as an “apartheid regime,” which she said were not her words but the words of Human Rights Watch.

“I firmly believe our country must oppose selling weapons to anyone, anywhere without human rights law compliance” Tlaib said on Thursday.

Democratic Rep. Ted Deutch of Florida, who is Jewish, abandoned his prepared speech to respond to Tlaib.

“I cannot allow one of my colleagues to stand on the floor of the House of Representatives and label the Jewish Democratic state of Israel an apartheid state. I reject it,” Deutch said. “If you believe in saving lives, Israeli lives and Palestinian lives, I say to my colleague who just besmirched our ally, then you will support this legislation.

Given the narrow margins between the two parties in the House, Democrats can only afford to lose three votes if this bill comes down to a party line vote. But since many Republicans came out in opposition to Democrats’ decision to strip the provision from the House bill earlier in the week, Democrats might not need full support within their party to pass the bill.

House Minority Leader Kevin McCarthy said on Wednesday, “on the same day President Biden pledged to stand with our allies, House Democrats voted to deny Israel purely defensive equipment to protect its citizens from terrorist rockets. This decision was political, not ‘technical.’ Democrats abandoned our ally to appease the pro-BDS, far-Left radicals who run their party.”

Israeli Foreign Minister Yair Lapid spoke with Hoyer on Tuesday evening after the money for Israel’s Iron Dome missile defense system was pulled out of the US government funding bill at the last minute.

Lapid said in a statement that the conversation with Hoyer revealed it was a “technical postponement resulting from the debate in Congress over the deficit ceiling in the US budget.”

Prior to Hoyer announcing that he would introduce a separate bill dedicated to passing this funding, an Appropriations Committee spokesperson told CNN that the funding for the Iron Dome would be included in the 2022 defense bill. But after Hoyer’s announcement, the spokesperson said if emergency funding to replenish Iron Dome interceptors passes, the program would not need an additional infusion for that purpose later in the year.

This story and headline have been updated to include additional developments Thursday. 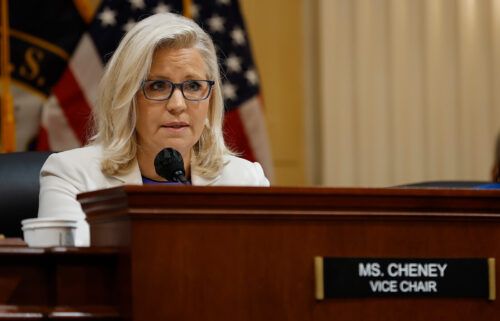 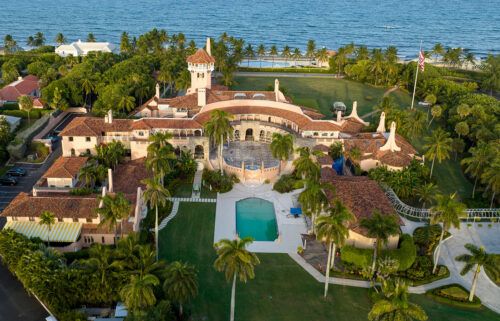 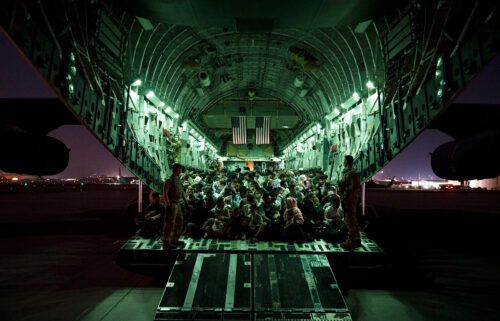