This week, a Texas lawmaker introduced a bill that would mandate third-party reviews of the 2020 election in the state’s largest counties. In Wisconsin, a Republican overseeing a partisan investigation of last year’s election results recently warned local election clerks of potential subpoenas.

And in Pennsylvania, a legal battle has erupted over a Republican-led effort to demand the personal information of millions of voters as part of an election probe in the state.

The demands to revisit the 2020 election are coming even in places where former President Donald Trump prevailed last November, as Republicans respond to pressure from Trump and his supporters to investigate discredited fraud claims and seek to erode the legitimacy of President Joe Biden’s victory.

In Florida — a state Trump won — state Rep. Anthony Sabatini this month introduced a bill that calls for a third-party examination “of every precinct in each county with a population of 250,000 or more.”

All but one of the dozen Florida counties President Joe Biden carried last November have populations larger than 250,000.

Sabatini, a Republican running for Congress who has closely aligned himself with Trump’s politics, told CNN that he started with large communities as an initial test but is open to reviews in all counties.

He described the reviews as something that should become standard post-election procedures “just to make sure elections are working the way people say they are working.”

“Whether it’s 10 minutes or 10 months or 10 years after the election really has nothing to do with the principle of the matter,” Sabatini added. “You want to double check to increase certainty in the election results to make sure there were no mistakes made, that there was no fraud.”

The efforts to relitigate the election in these battleground states will not change the outcome of the 2020 presidential race, which has long been certified. But election watchers say the pervasive calls for reviews amount to an unprecedented effort to politicize election administration and undermine confidence in results.

“This is the continuation of the Big Lie” that the 2020 election was stolen, said Michael King, the associate director of law and policy at the nonprofit voting group Secure Democracy.

“Part of it is calling into question the legitimacy of our elections, writ large,” he said. “And a lot of partisan elected officials are using it to energize their base and potentially fundraise off of it.”

Some Republicans are working to make the reviews a wedge issue in upcoming primaries.

In Texas, Don Huffines, a conservative Republican challenging Texas Gov. Greg Abbott, is calling on the governor to add election review legislation to the agenda of a special legislative session that got under way this week. Trump won Texas by more than five percentage points.

One Texas audit bill, introduced by state GOP Rep. Steve Toth, would require third-party “forensic audits” of the 2020 election results in large Texas counties. And like the audit in Arizona, private donations could help pay for it.

Another Toth bill would allow candidates and political party leaders to trigger reviews of election results. A similar measure passed the Texas Senate in an earlier special session, but it was not considered in the House before the session expired.

Trump on Thursday released a public letter to Abbott, urging the governor to add a ballot review to the agenda.

“Governor Abbott, we need a ‘Forensic Audit of the 2020 Election’ added to the call” for the special session, Trump wrote. “We’re quickly running out of time, and it must be done this week.”

Abbott’s office has not responded to interview requests from CNN, but later Thursday, the Texas Secretary of State’s Office announced a full “forensic audit” of the 2020 general election in four of its counties.

“Under existing Texas laws, the Secretary of State has the authority to conduct a full and comprehensive forensic audit of any election and has already begun the process in Texas’ two largest Democrat counties and two largest Republican counties—Dallas, Harris, Tarrant, and Collin—for the 2020 election. We anticipate the Legislature will provide funds for this purpose,” a news release from the office stated.

In Wisconsin, meanwhile, former Wisconsin Supreme Court Justice Michael Gableman, who is leading a Republican-ordered investigation into the 2020 election, released a YouTube video this week, defending a probe that has drawn criticism from both the left and the right.

Gableman said the investigation is not aimed at challenging the results of last year’s election in the state, which Biden won by fewer than 21,000 votes. But he said the inquiry may include “a vigorous and comprehensive audit if the facts that are discovered justify such a course of action.”

He also warned that county and municipal election clerks who do not cooperate could face subpoenas to “compel answers.”

His video, the first explanation of his investigation since Wisconsin Assembly Speaker Robin Vos appointed Gableman special counsel in late July, appeared to respond to critics on the right who have expressed dissatisfaction both with the investigation and Vos.

Protesters, including Trump ally and former Milwaukee County Sheriff David Clarke, recently rallied at the state capitol in Wisconsin to demand an Arizona-style review in their state.

In another presidential battleground, Senate Republicans in Pennsylvania recently voted to subpoena the Pennsylvania Department of State for a range of information on all registered voters, including their names, addresses, dates of birth, driver’s license numbers and partial Social Security numbers.

Republican lawmakers say the partisan review of the 2020 election will help determine whether new election laws are merited. Biden won Pennsylvania by more than 80,000 votes.

Top Democrats in the Pennsylvania Senate have sued, saying the subpoenas amount to an “unauthorized audit of election matters” and violates the privacy of the state’s voters. And this week, they asked a court for an injunction to block the Republicans’ moves.

On Thursday, Pennsylvania Attorney General Josh Shapiro, a Democrat, announced a lawsuit that will attempt to stop the Republican subpoenas. 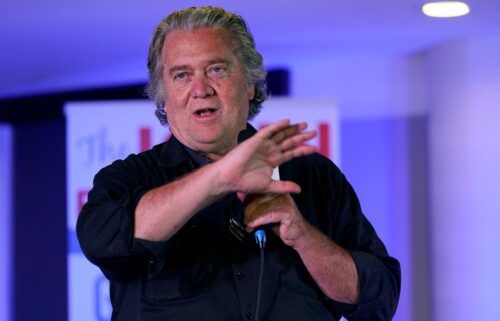 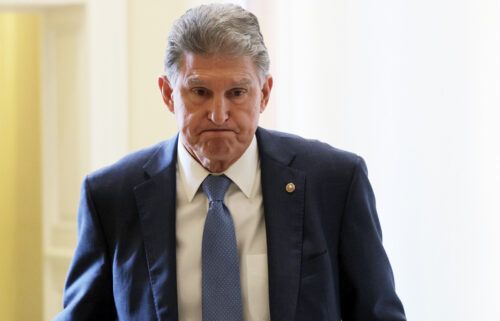