Have you ever stepped into a store and wondered: “What’s that smell?” Many retailers put a lot of effort into perfecting their signature scents to entice customers and get them to linger around longer. Sometimes these aromas are so pleasant you might wind up spending more than you had planned.

Here’s what you need to know to Get Up to Speed and On with Your Day.

A flood watch is currently in place for millions of people across the southwestern US after a weekend of rain and thunderstorms drenched the region. In Las Vegas, at least two people have died in flooding since last week in what has become the wettest monsoon season in a decade. In Texas, the National Hurricane Center is monitoring a disturbance that will bring thunderstorms and up to 6 inches of rain over the next few days, leading to potential flash flooding. While the rain has brought relief to some drought-stricken areas, experts say climate change is increasing the likelihood of extreme flooding and catastrophic disasters. Separately, a new study indicates a disastrous megaflood is coming to California in the next four decades — and experts say it would be unlike anything anyone alive today has ever experienced.

In the search of former President Donald Trump’s Mar-a-Lago property last week, FBI agents seized 11 sets of documents, some marked as “sensitive compartmented information” — one of the highest levels of government secrets. This comes after one of Trump’s attorneys signed a letter in June asserting that there was no more classified material at the residence, according to two sources familiar with the matter. Meanwhile, several senior Republicans are questioning whether the material at Mar-a-Lago was actually highly sensitive, citing a president’s powers to declassify top secret information. They are also calling on the release of the redacted affidavit that would provide more information as to why the search was necessary.

A second US congressional delegation arrived in Taiwan Sunday on an unannounced two-day visit. Led by Massachusetts Democratic Sen. Ed Markey, the five-member delegation is visiting the self-governing island in an effort to “reaffirm the United States’ support for Taiwan” and to encourage “stability and peace,” a spokesperson for Markey said. House Speaker Nancy Pelosi drew the ire of China when she became the first US speaker to visit Taiwan in 25 years at a time when Washington-Beijing relations have been especially tense. Taiwan has welcomed the delegation, but China hit back against the visit today with a fresh round of military drills in the region.

Thousands of mental health therapists are set to strike in California today. The unionized psychologists, therapists, chemical dependency counselors and social workers are demanding that Kaiser Permanente — the country’s largest non-profit HMO — provide “desperately needed” services to its patients, claiming that some wait months for needed therapy sessions. Kaiser staffs about one full-time mental health clinician for every 2,600 members, leading to therapists leaving Kaiser at a record rate, according to the National Union of Healthcare Workers, which represents 16,000 workers in California and Hawaii. The strike comes as the country experiences a surge in mental health issues. The World Health Organization said the first year of the Covid-19 pandemic triggered a 25% increase in anxiety and depression worldwide.

Today is India’s Independence Day, and many Indians around the world are celebrating 75 years since the end of nearly 200 years of British colonial rule on August 15, 1947. Since gaining independence, India has built one of the world’s fastest-growing economies, is home to some of the world’s richest people, and according to the United Nations, its population will soon surpass China’s as the world’s largest. But despite the nation’s surging wealth, challenges remain as Prime Minister Narendra Modi seeks to “break the vicious circle of poverty.” Nevertheless, India’s growing wealth is feeding its ambitions in various industries such as sports and space. And Bollywood, India’s glittering multibillion-dollar film industry, continues to pull in fans worldwide, catapulting local names into global superstars.

Video footage of a loud rumbling noise and a flashing object in the sky is circulating on social media. Officials say it was “likely” a meteor. Watch the video here.

If horror is your genre of choice, this creepy show has earned a 100% rating on Rotten Tomatoes — and it’s sure to scare the bejesus out of you.

8 reasons why you wake up tired, and how to fix it

Honestly, nothing is louder than your own thoughts after midnight. Here are some tips to help calm your mind and improve your sleep quality.

“Breaking Bad” cooked up the addictive formula for its TV offshoot “Better Call Saul.” Fans are now hoping it can stick the landing with its series finale.

Why is Velveeta everywhere?

The processed cheese product — which food snobs love to hate — is making a big comeback with some splashy marketing moves.

Actress Anne Heche, whose versatility powered an admirable career in television and film spanning four decades, has died at age 53. “Anne Heche has been peacefully taken off life support,” a representative for her family told CNN Sunday night. Heche’s car crashed into a Los Angeles home and erupted into flames on August 5. After the accident, Heche experienced a “severe anoxic brain injury,” depriving her brain of oxygen, among other critical injuries following the crash.

Actress and director Denise Dowse, whose prolific career featured roles in “Beverly Hills, 90210,” “Insecure” and “Ray,” has died, her family confirmed to CNN Sunday. She was 64. The actress’ sister said Dowse will be remembered as an advocate for African American theater who was also dedicated to sharing the profession with children.

That’s how long it has been since Afghanistan’s capital fell to the Taliban, resulting in a deterioration of civil liberties — particularly for women and girls whose freedoms grew under the civilian government. On this day one year ago, the Taliban’s rapid seizure of power sparked a chaotic withdrawal and brought a crashing end to the United States’ two-decade mission in the country.

“Though his life changing injuries are severe, his usual feisty and defiant sense of humor remains intact.”

— Zafar Rushdie, son of famed author Salman Rushdie, sharing an update on his father’s condition. Salman Rushdie was repeatedly stabbed on stage in front of a New York audience on Friday which left him with multiple severe injuries. The family of the 75-year-old author — who has for decades lived under threat because of his writings — said he was in critical condition on Sunday after the attack, which ended with the assailant being held down by staff and guests and Rushdie being airlifted to a hospital.

The Man Who Can Control Bees

Did you know bees are responsible for pollinating around 90 commercially produced crops? Watch this stunning video of a scientist who can cause a bee swarm on his body and not suffer a single sting. (Click here to view) 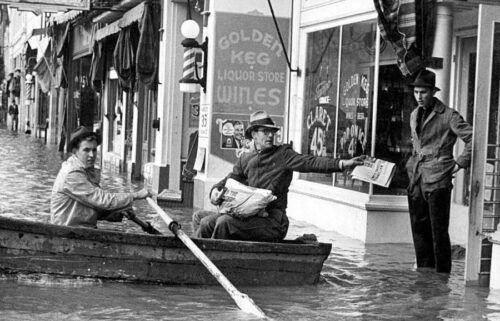 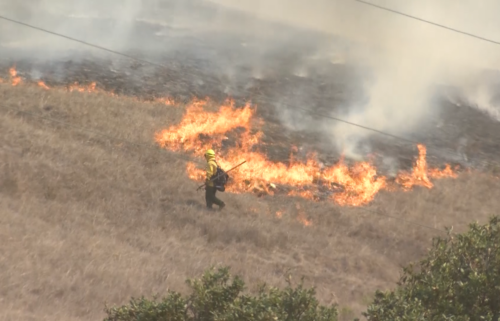