The pitcher for the Texas East Little League team hung his head, clearly upset after his last pitch hit the 12-year-old Oklahoma batter in the head, knocking off his helmet and leaving him lying in the dirt at home plate.

But Isaiah Jarvis, who at first had gripped his head, soon recovered. He was OK, and the crowd at the Little League Southwest Region championship in Waco, Texas, applauded as he stood up and took first base.

Back on the mound, though, Kaiden Shelton was still shaken. That’s when something amazing happened: Isaiah stepped off the bag, walked to the mound and wrapped his arms around the pitcher, letting him know he was all right.

“It felt like he cared,” Kaiden said when asked about Isaiah’s hug. “I also cared about him, and that just showed that baseball is sportsmanship — there’s a lot of sportsmanship in baseball.

“Isaiah he has — his heart is different for people,” he added. “He’s just a good kid.”

Isaiah has a small bruise, he said, but otherwise he feels fine. The players are stunned by the response to the video, trying to wrap their minds around this moment going viral online.

“It’s really crazy,” Isaiah said. “Like, who would have thought, like, one hug would go this crazy, you know? That just proves, do nice things and you’ll get rewarded, I guess.”

As for what people should take away from their moment on the mound, Kaiden told CNN, “I think the lesson is that you should care for other people. Like if they’re down, you should just care for them, try to build them up.”

Ultimately, it was Texas East who went on to win the game, advancing to the Little League World Series in Williamsport, Pennsylvania, later this month — and Isaiah will be rooting for Kaiden’s team.

“Yeah, they’re the same region as us, and we’ve been really good friends, our teams,” he said. “So we’re going to be rooting for them all the way.” 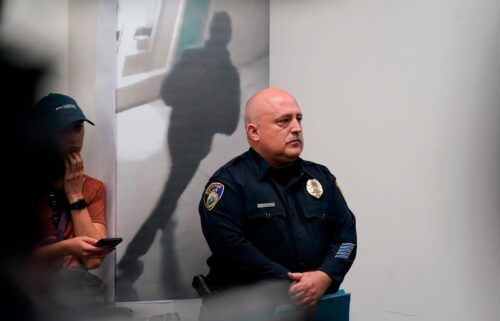