Even by the bloody standards of Indonesia’s decades-long Papua conflict, one massacre stands out for its brutality — and the seeming impunity of those behind it.

On December 8, 2014, a crowd of hundreds of peaceful demonstrators in Paniai district, Papua province, were fired upon — allegedly by Indonesian soldiers — in an incident that left four teenagers dead and injured more than a dozen other people, including women and children.

Their supposed provocation? Daring to protest over the assault of a local 12-year-old boy beaten into a coma a day earlier, allegedly by Indonesian special forces.

Nearly eight years have passed since those events, yet nobody has been held accountable. The Indonesian military has in the past claimed Papuan rebels were responsible for the shootings — an account even the government seems to doubt.

However, few in Paniai believe the trial will give them the answers they are seeking.

The trial, which began on September 21, is not being held in Papua — the restive province where Indonesian forces have been fighting separatists ever since the Dutch colonial power withdrew in the 1960s. Instead, it is taking place 2,500 kilometers (1,500 miles) away in Makassar, on Sulawesi island, which the families of victims say has made it hard for them and witnesses to attend, and critics have already labeled the proceedings a whitewash.

Prosecutors have charged Maj. Isak Sattu with four offenses that contain penalties of up to 25 years in prison, accusing him of crimes against humanity and failing in his command responsibility by not stopping his men from taking guns from the arsenal.

The families are boycotting the trial, saying they do not trust that justice will be served and expressing disbelief over the government’s identification of a single suspect.

“It does not match the facts,” the families said in a joint statement released on September 14. “The Indonesian government is only protecting perpetrators of gross human rights violations in Paniai. It is a theater court.”

“But the truth will never be defeated or covered up.”

A history of abuse

Earlier this year, UN-appointed rights experts said that between April and November 2021 they received allegations of “several instances of extrajudicial killings, including of young children, enforced disappearance, torture and inhuman treatment and the forced displacement of at least 5,000 indigenous Papuans by security forces.”

However, pursuing allegations against the Indonesian military has traditionally proved difficult. International rights bodies have complained of being unable to access the region. UN experts have urged the Indonesian government to conduct “full and independent investigations into the abuses.”

But even against this background, the Paniai massacre stands out as particularly sensitive because it took place just two months after President Joko Widodo — popularly known as Jokowi — first came into power, promising change and “open dialogue.”

“I want to listen to the people’s voices, and I’m willing to open dialogue for a better Papua. The people of Papua don’t only need health care, education, the construction of roads and bridges, but they also need to be listened to,” Jokowi said as part of his inauguration speech in December 2014.

“One of the first promises that the President made to the Papuan people was to resolve this case,” said Indonesian human rights lawyer Veronica Koman at Amnesty International.

“He also expressed a desire for a dialogue to end the conflict — but these promises have still not been met, and many other Papuan children have since been killed or tortured by Indonesian forces.”

According to Human Rights Watch, the 2014 protest shooting allegedly took place the day after a unit of special forces soldiers assaulted Yulian Yeimo, apparently to punish him for shouting at one of their vehicles that had driven through his village at night without its headlights on. Yeimo and his friends had been reportedly decorating a Christmas tree and a nativity scene at the time.

CNN has been unable to independently verify the details about the incident.

Authorities have failed to acknowledge or address what happened to Yeimo, noted rights groups.

The beating sparked a fierce outcry that prompted hundreds of villagers to protest in the public square in Enarotali. Four teenagers were killed when the crowd was fired upon: Simon Degei, 18; Otianus Gobai, 18; Alfius Youw, 17; and Abia Gobay, 17.

Eyewitnesses said the gunmen were Indonesian soldiers, and weeks following the attack, while on an official visit to Papua, President Widodo promised the military and police would conduct a full investigation.

However, in the aftermath of the killings, army chief Gen. Gatot Nurmantyo denied that soldiers shot the protesters and claimed that the gunfire came from Papuan guerrilla fighters.

Yeimo, the 12-year-old whose beating preceded the massacre, died from his injuries in 2018 having never recovered from his coma, according to his family. To this day, nobody has been held accountable for his death — or for the deaths of those killed in the ensuing protests.

Sophie Grig, a senior research officer at Survival International, a London-based charity campaigning for Indigenous rights, said progress for the victims of the Paniai massacre had been “glacial” and called the situation “appalling.”

“The culture of impunity for human rights abusers in West Papua must end,” Grig said.

Fueling the tensions in Papua, say rights groups, are divisions along both ethnic and religious lines. Indigenous Papuans tend to have darker skin than other Indonesians, and are usually Christian rather than Muslim — the majority religion in the country.

“There is certainly an element of racist discrimination in the way the Indonesian security forces treat the Papuans as deserving of abuse,” said Phil Robertson, the deputy director of Human Rights Watch’s Asia division.

“Papuans’ political demands for independence also bring out the worst in successive Indonesian governments and the military,” he said.

“The underlying problem is discrimination and racism from Indonesian officials — the military, police, judges — against indigenous Papuans, and the result is rights abuses and the culture of impunity that protects the abuses.”

Papua, a former Dutch colony, was formally absorbed into Indonesia following a controversial referendum in 1969. Advocates of Papuan independence say that vote was neither free nor fair.

Separatist sentiment remains, finding its expression not only in the armed Free Papua Movement but in wider public protests. Huge student protests erupted in 2019 and grew into a civil resistance campaign demanding Papuan independence from Indonesia. Public anger has also been stoked by a contentious law passed in July by Indonesia’s Parliament to create three new provinces in Papua — a move critics said would take power away from the indigenous population.

Despite the opening of the trial, many unknowns surrounding the events of December 8, 2014, remain.

The Indonesian government bans independent reporting from inside Papua, and the region has been off-limits to foreign journalists for decades. CNN was unable to independently verify several accounts highlighted in this story.

“The big question is whether this trial is the beginning of something different or just an effort to offer up a scapegoat to deflect international attention before world leaders go to Indonesia for the G-20 (meeting in November),” said Robertson of Human Rights Watch.

“Foreign leaders should press Indonesia hard on what is happening in Papua, and not be deflected by a trial that just scratches the surface of what needs to be done to right wrongs in Papua.”

Andreas Harsono, an Indonesia researcher with Human Rights Watch, added: “Yes — this (trial) is long awaited, but it’s still a show trial, and I am not hopeful that it will be independent or fair.”

“One retired military officer is due to stand trial, but many lives were lost that day,” he said.

“Who was the commanding officer who gave orders to shoot protesters? Where are the others responsible?” 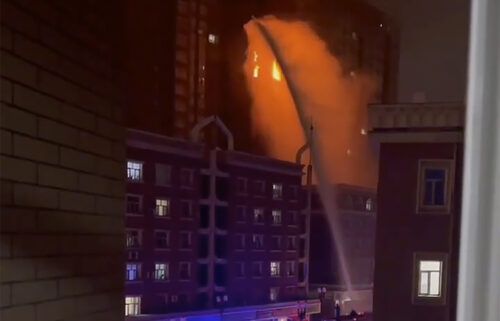 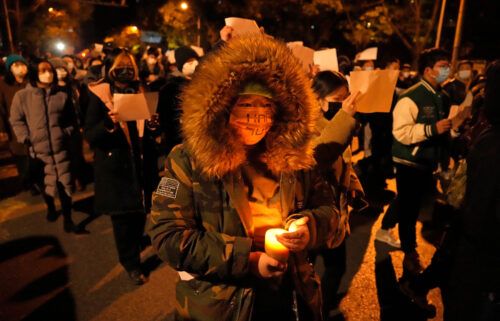 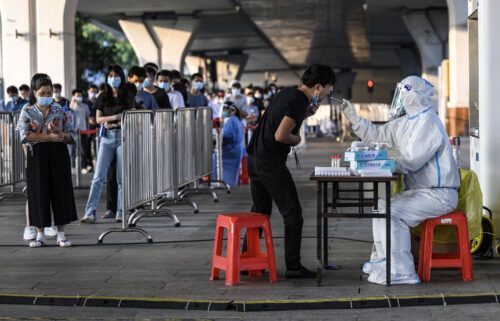 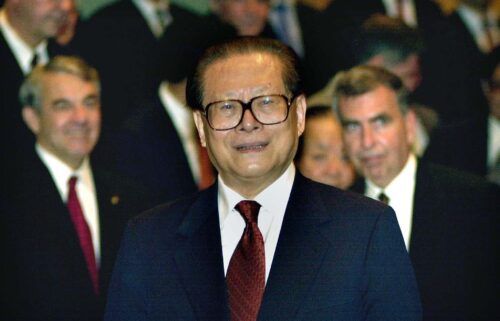