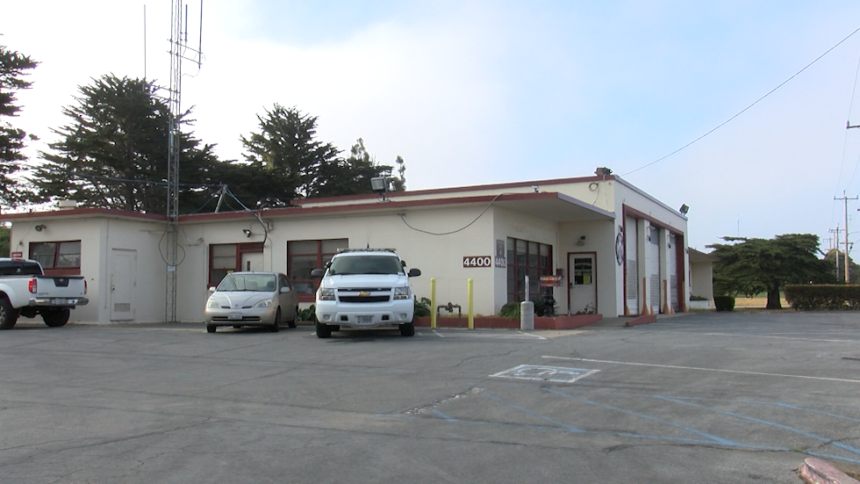 SEASIDE, Calif. -- A fire station in Seaside run by the Presidio of Monterey will be closing next year and planning is already underway to make sure the community will be served.

"Okay, this is something that affects me directly as well as my neighbors who all have two-story homes," says Marina resident Dawn Cowan.

Cowan has lived in Marina since 1988 and has seen growth.

The Presidio of Monterey Fire Station off General Jim Moore Boulevard is approaching its final days because of the growth.

"In August 2023, the lease here at the fire station is expiring and so we're turning that facility back over to seaside and we will be relocating," says Presidio of Monterey Director of Emergency Services Joseph Chesnut.

That move already has the Marina Fire Department figuring out what they're going to do once the personnel leaves.

"It's definitely a concern and we definitely need to find ways to address these issues," says the City of Marina Fire Chief Doug McCoun.

McCoun says emergency response times are very important. Not only to meet safety standards but also to help save lives. With a restructuring of resources in the area, it could put a strain on Marina Fire.

"What that's going to do, it's going to put a lot of the south marina in extended response times," says McCoun.

Marina Fire is currently brainstorming where they will be adding a new fire station.
The most feasible option right now is on California street near Imjin Parkway.

Although the fire crew at the station won't be at that location come next August, the Presidio of Monterey says they still plan on supporting the local response teams.

"We're proud to be members of the Monterey County mutual aid agreement and we remain to our commitment to the safety and the service of the community and the area," says Chesnut.

The City of Seaside is also making sure the relationship with Presidio stays intact.

"I want to make that clear on behalf of the city that is a very valuable partnership that we have with the army and we want to maintain that as much as possible," says Trevin Barber with the City of Seaside.

When the fire station goes down, a huge mixed-use development is slated to go up.
More housing means more people and potentially higher wait times for emergency personnel.

"I think they do need to have something that will make people feel like we have the resources close and not so far away," says Cowan.

Plans for a future fire station in Marina or elsewhere have not been finalized or approved yet.