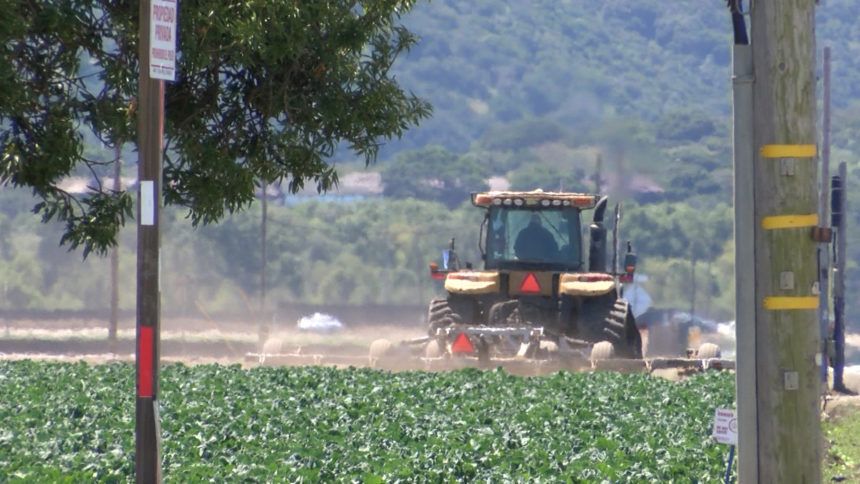 ROYAL OAKS, Calif. (KION) Rain isn't what JSM Organics wanted for their one acre of bell peppers that were ready to pack and sell as soon as next week.

The rain came in and ruined the fruit just as they were ripe. In total the company lost an estimated 500 to 700 cases. Each case is valued at about 50 dollars.

"Anything that is growing outside that is not under high tunnels or greenhouses, depending on what it is, normally gets damaged," said Javier Zamora. "Bell peppers, things like blackberries, raspberries, and obviously our strawberries, they got damaged.”

JSM Organics typically plants green bell peppers in May and are ready to be sold when they turn red in November. The value of bell peppers is high during this time of the year especially with Thanksgiving just right around the corner, he said.  However, because of the amount of rain we got at once this past weekend, they will not have any bell peppers to sell this year.

“You can't pour water on top of them, they need water on the bottom of the root system but not on top," he said. "So once they get wet, they start going bad. The process of getting rotten starts because water sits on top of it.

GSM Organics says they will also suffer a partial loss on strawberries since they keep harvesting two to three times a week. But he says their biggest loss is with bell pepper.

"Tt's something that we hope it never happens," he said. "But, when it happens, I mean you just have to take the loss and do it all over again next year. That's the way it is."