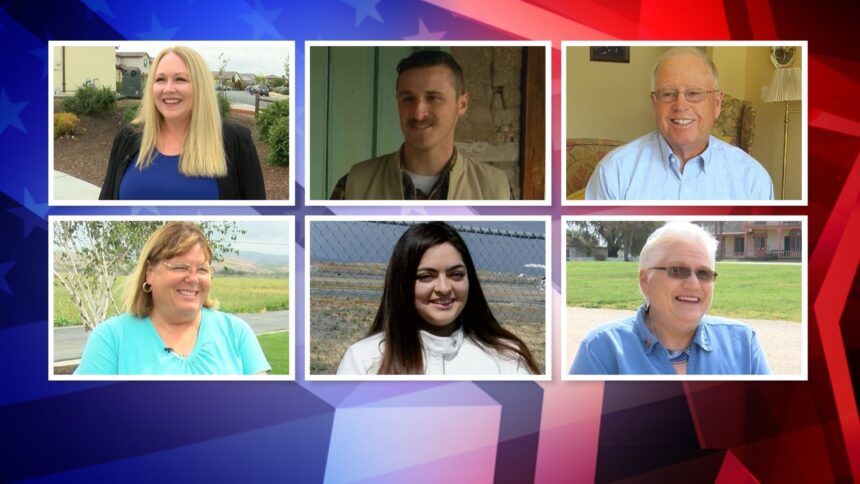 SAN BENITO COUNTY, Calif. (KION) -- One of the biggest races for the June primary election is the San Benito County District 1 Supervisor race.

Six candidates have thrown their hats in the race for San Benito County Supervisor for District 1.

Besty Dirks is currently the district one supervisor. She's been in the role since being appointed back in 2021 after Mark Medina moved away.

Running to say in her seat, Dirks believes community involvement is crucial for growth in San Benito County.

"I'm here to help people, and that includes everyone and all of their voices. I want everyone to have a seat at the table," says candidate Betsy Dirks.

She believes San Benito County has the potential to boost it's revenue and grow the economic development.

"I believe that my ability to bring public, private, and non-profit together is really what separates me from everyone else," says candidate Betsy Dirks.

Kim Hawk is also running for the District 1 Supervisor. Her family has been in Hollister for about hundred years and she has worked for the county for more than 36 years.

Hawk says her passions are what led her to run for supervisor.

"My interests are the roads, the landfill, economic development, safety is another big thing, we have all these houses coming in and our law enforcement is just so understaffed," says candidate Kim Hawk.

With similar goals, Sandra Patterson is hoping to be something new and fresh for the county.

Patterson was one of the fist to throw her name in the race.

"Living in the county for 50 years, I know the area, i know the people. I've been out talk to them since last year."

"I just got tired of sitting on the sidelines and seeing all these changes happen and i didn't know who i could trust to do something about it, so I decided to get involved myself," says candidate Dom Zanger.

Zanger tells me he isn't opposed to business growth in the city, but he believes adding so many homes in the county is changing the landscape of San Benito County.

"Primarily, I want to put a stop to this residential hyper-development that we have here that we've been experiencing for the past several years."

For candidate Elizabeth Zepeda Gonzalez, she believes education is one of the biggest keys to the community's success.

"I am the only one of the five of us that has been official elected to the county's office of education, but our issues go deeper than that. Our issues go into our roads, single transportation. We need to make sure we create the infrastructure to be financially solvent over those five years."

Along with the infrastructure, the dump is a big concern for candidate Mark Starritt.

"The current plan is expand the area, the dump, but if we expand the dump we just keep bringing in outside sources to fill it, we're just chasing our tail and there's no point in that," says Mark Starritt.

Staritt also believes economic development in the county is crucial with the amount of homes in the area.

"We have to bring clean energy, good paying jobs that will keep people in our community," says Starritt.

You can vote for your favorite candidate come June 7th.