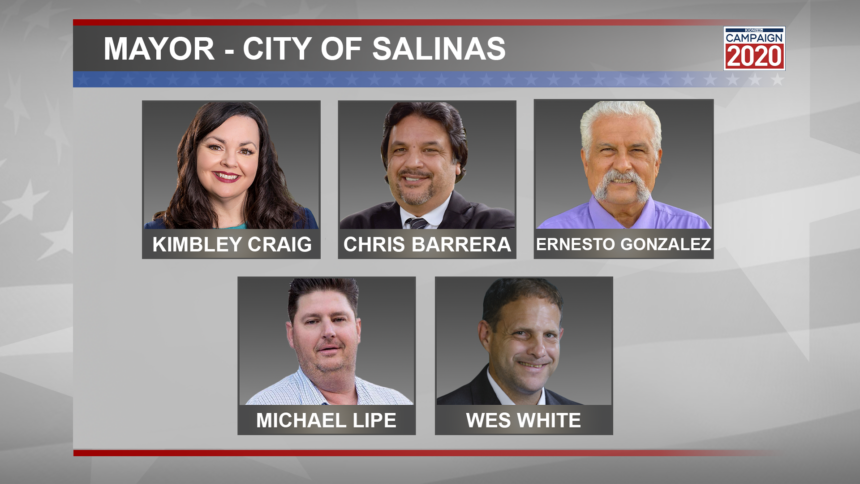 SALINAS, Calif. (KION) Whoever is voted to be the next Mayor of the City of Salinas has a big job ahead of them. Aside from the great financial impact of the COVID-19 pandemic, the city is going through a drastic change in leadership.

Joe Gunter's sudden passing in June leaves Salinas without its experienced leader and will have a new mayor for the first time since 2012. The city is also looking for a new City Manager after Ray Corpuz announced his retirement in July.

Of the six city council seats, at least two, and up to four, will be fresh faces after the election. Scott Davis is running for reelection, but Tony Villegas and Gloria De La Rosa are not. Steve McShane is running for county Supervisor.

Running to be the next Mayor of Salinas are:

KION spoke with all five candidates about why they are the right choice the lead the city and what their priorities would be in office.