Barrera said he is a lifelong Salinas resident, and his father worked for the Monterey County Sheriff's Office. Before becoming a partner and owner of Windermere Valley Properties, Barrera said he worked at Nob Hill Foods for 20 years and spent eight years working as a union plumber, which he said helped him to understand the value of hard work. He says he is also a member of Salinas Steinbeck Rotary, LULAC #2055 and Elks Lodge #614.

He said that if elected, he will prioritize finding more affordable housing, after-school programs for youth, addressing traffic issues and solutions for homelessness in the city. He said there is a projected $20 million shortfall in the Salinas budget so far this year, but he does not support tax increases to make up for it. He said he wants to find creative solutions and get funding from grants and other types of support. Barrera said there is a more than 20 year backlog to fix sidewalks, and he believes it is time to fix them.

Craig spent eight years serving on the Salinas City Council, and she is currently the CEO of the Monterey County Business Council. She said she is also the Executive Director of Leadership Monterey County. She holds a Master's degree from the Naval Postgraduate School in Homeland Security Studies, and she said her thesis focused on human trafficking in Monterey County migrant communities. As a councilmember, Craig said she worked to open the El Gabilan Library and the new police station.

If elected as mayor, Craig said she wants to prioritize economic recovery, public safety and creating local jobs. She said that since the pandemic, she has helped to provide free information and webinars to more than 2,000 small businesses. During her time as a city councilmember, she said she helped to bring businesses to North Salinas.

Gonzalez said he began picking cotton, oranges and potatoes in Texas when he was 6 years old before moving to the outskirts of Salinas. His work experience includes shining shoes, trimming yards, selling newspapers and working in agricultural fields before starting his career in education. Gonzalez said he began as an instructional aide and noon-duty supervisor at Bardin School before serving as a teacher at the Alisal Union Elementary School District for 13 years. After that, he served as principal at several schools.

He believes he is the best candidate for the job because he shares experiences with those who have worked in the fields, and he hopes to make Salinas a better place to live.

KION has reached out to Gonzalez for more information and is waiting for a reply.

Lipe said he currently works as a logistics manager at a local transportation company, but he also owned and operated a business in Salinas.

He said his top priorities include homelessness and housing, infrastructure, financial responsibility, ag tech career opportunities, housing and a business-friendly environment. He said he believes in bringing the future of agriculture to Salinas by creating a streamlined process for AgTech startups to be established in the area, but he also proposes looking at Life Cycle Housing.

White said he is a retired teacher and realtor with multiple computer certificates. He said he has been active in several Central Coast issues over the past five years that include civic, social and environmental justice.

He said his top priorities include transparency, balancing the budget, increasing the number of affordable housing units, gang prevention and after school programs. If elected, White says he hopes to improve dialogue between the city and both stakeholders and the community.

White said he holds a Bachelor's degree in Psychology and a Master's in Information Security. He said he also attended the Naval Postgraduate School as a civilian. 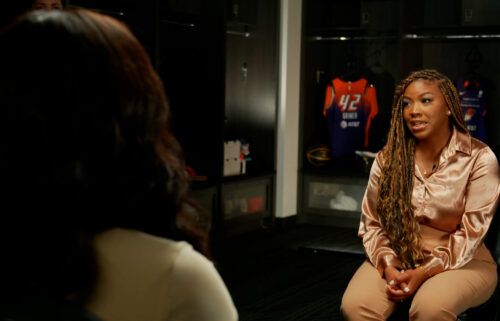