HOLLISTER, Calif. (KION-TV)- The Hollister Police Department said they arrested a 27-year-old man that strangled, battered, and threatened to kill a Hollister High School student's family, who he previously dated.

Adrian Nieto, 27, was arrested and charged with domestic violence, kidnapping, robbery, brandishing a firearm, violation of a restraining order, and several other offenses, said police. His bail is set at $1,000,000 and he is being housed in San Benito County Jail.

On Sept. 27, Tuesday, around 1 p.m., Nieto approached the female victim near Suiter Street at D Street and told her to get into his vehicle at gunpoint, said police. He then drove them to his home, where he battered her, strangled her, and then threatened to kill her family.

Nieto was spotted by police Wednesday leaving his home, and police tried to stop him at the intersection of Seventh Street and San Benito Street. He tried running on foot and was eventually caught near Washington Street and Hawkins Street, said police. 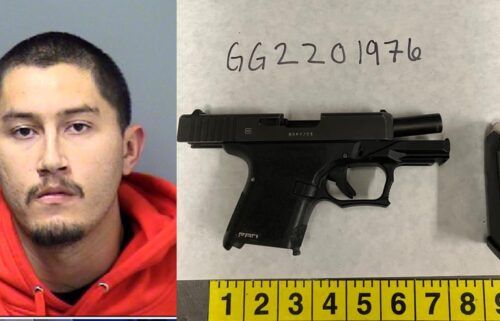