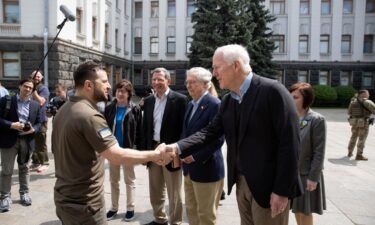 GILROY, Calif. (KION) A replica El Camino Real Mission bell is set to be installed in downtown Gilroy this month, despite controversial feedback from an area tribe, the public, and a few city council members.

The replica bell and plaque that will go along with it, was approved over a year ago to celebrate Gilroy’s 150th anniversary. Though the bell is meant to recognize the historic El Camino Real route, the chair of the Amah Mutsun Tribal Band said it symbolizes an untruth and brutal history to indigenous people.

“That's 1880's thinking. I mean, this is 2022. Indigenous voices, people have a voice and they should be listened to and they need to be listened to. And the City Council obviously doesn't get it,” said Valentin Lopez, Chair for the Amah Mutsun Tribal Band.

Descendants of the tribe Amah Mutsun Tribal Band and members of the community addressed council members to no avail. In a 4-3 vote, the council rejected a motion to place the issue on the city's agenda. A letter from the American Civil Liberties Union of Northern California was also read to them. In it the civil rights organization rejects the bells who they say represents colonization and oppression.

"We've been studying the history of California. Particular the catastrophic impact of Europeans on the native people. This catastrophe began with the mission. The missions enslaved thousands of indigious people, treated them brutally and caused the death of 150,000," mentioned Beth Ogilvie with Starr King Unitarian Universalist Church in Hayward.

The bell was a gift from the "150 committee" however it has no historical value, and is actually being manufactured. A few city council members tried to delay the bell’s installation but it failed, twice.

“What we wanted to do and that I supported and actually the majority of the council support it was to put forward basically like an inclusionary equity and inclusion policy for gifts that would blanket the council and blanket our commission as a committee so we'd have something to resort to when we get gifts,” said Zach Hilton, Gilroy City Council Member.

The council, earlier this week, rejected a motion to place the El Camino Real Bell issue on the city’s agenda for discussion. During the meeting,  Lopez said public comment time was also reduced to one minute. Even after numerous oppositions, the city is moving forward with the project.

When Lopez was asked if the tribe has been given any other reason, the response was, "They have not given us a reason. We're just guessing that they want to write history. They want the history told as they want it, and they don't want any other version of history right or wrong too.”

KION was not given an exact date, but the bell will be installed in downtown Gilroy sometime this month.

And the tribe won't be alone. "This is one of those moments where we live in a democracy that if you want that thing down, you're going to have to fight for it. And I'll be there to support them,” added Hilton.

KION did reach out to other city officials, including Gilroy Mayor Marie Blankley, but we did not hear back.