According to a press release, the festival is designed to illuminate the connections between community and time-based media art. There will be storytelling performances by Stellaria Creative Company, aerial acrobats and an audio-visual sensory journey with Karlton Hestor's Quantum Elders Conscious Vaccine electro-acoustic ritual, as well as other live performances every night, interactive technologies and immersive experiences from local and international artists.

Among the interactive art, installations are the Magic Maker's dome with motion sensors and lasers bouncing off of each person's move. The idea that "our actions have lasting consequences on each other," and the installation invites people to experience quantum entanglement on an infinitely large scale.

UK art company, Squidgroup, has two installations at this festival. The Ocean of Lights uses 5,000 suspended lights to create the illusion of space like the image above. But that's not all, as moving through the piece, the lights tell a story, building to a final climax -- of course, all open to interpretation. The other installation, Orbital Phasing, is similar, but spheres of lights with sound to create its own unique experience.

Patrick Stefaniak's Cubism 2: Baroque edition combines art and video games, where guests can interact with a touchscreen and projector of a cube cloth simulation -- it's a computer graphics technique where the artist uses a cloth to simulate the texture and movement of the cloth in animation. The video game is one of three cloth simulations presented in Stefaniak's Thesis.

M. James Becker's The Trellis Project is a participatory project where individuals build their own trellis and submit their own reflections of the piece. The installation in Frequency houses the Treillageur archive on a wooden trellis. On Becker's project website he writes, "Just as vines and other climbing plants rely on a trellis as a structure to support their growth, we too rely on a myriad of structures to support ours. These are social, financial, legal, and infrastructural in nature, just to name a few examples. Right now is a crucial moment to think together about these support structures."

UC Santa Cruz student David Crellin will also be performing Thursday thru Saturday throughout the festival in a "whimsical form of techno-human hybrid." They'll be appearing and disappearing like the nature of light itself.

“Frequency supports our museum’s commitment to producing programs that extend beyond our walls and enhance the cultural vibrancy of Santa Cruz County,” said Robb Woulfe, executive director of the MAH. “By showcasing local artists alongside national and international talent, we inspire, cross-pollinate, and increase exposure to our own thriving creative community. This 4-night spectacle promises plenty of eye and ear candy for the whole family to experience.”

Starting Thursday, September 16 to Sunday, September 19 the Frequency will be open to the public from 5 p.m. to 10 p.m. Admission is $10 for adults and $5 for kids, but members can get in for free. 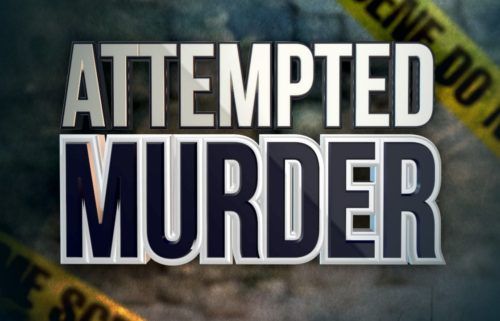