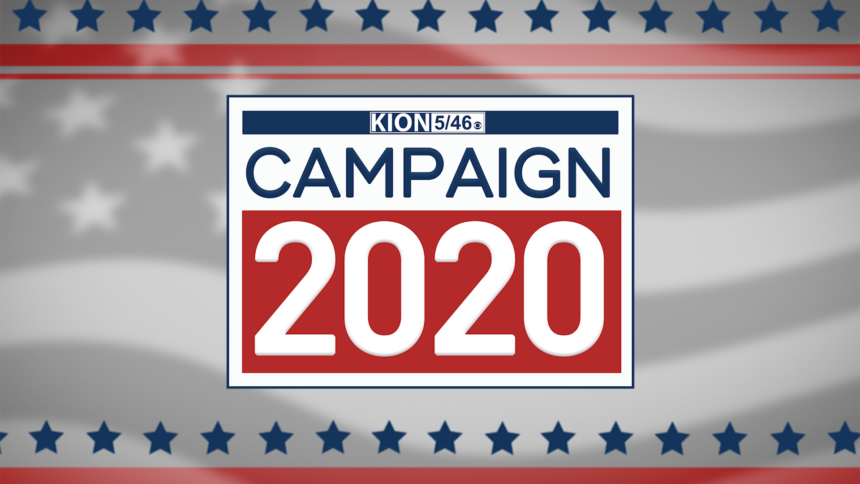 CENTRAL COAST, Calif. (KION) Results are still coming in across the nation as well as the Central Coast the day after elections, and local candidates are taking to social media to share their reactions to the results.

Rep. Jimmy Panetta ran for re-election for the U.S. House of Representatives, District 20 seat, and it appears that he has won re-election.

According to the California Secretary of State, all precincts are at least partially reporting, and Panetta has 78.2% of the vote. His opponent, Jeff Gorman, has 21.8%. The results are still unofficial until they are certified on Dec. 11, but Panetta shared his gratitude on Twitter.

Gorman has not responded on social media at this point.

Monterey County has not released all of its election results yet, but early results show Kimbley Craig in the lead. She has 39% of the vote, Chris Barrera has 32%, Ernesto Gonzalez has 17%, Michael Lipe has 7% and Wes White has 5%. The next round of results in Monterey County is expected to be released by the end of the day on Friday.

Despite that, Lipe has shared a post congratulating his opponents, Kimbley Craig in particular, and thanked his supporters.

None of the other candidates have posted since Tuesday evening.

In Santa Cruz, there are about 18,000 ballots left to process, according to the Registrar of Voters, and candidates are still hopeful about the outcome.

Incumbent Sandy Brown, who is currently 1% behind the top two candidates, took a moment to thank her followers as they wait for the final count.

The candidates who currently have the most votes are incumbent Martine Watkins and Sonja Brunner. Brunner also expressed hope about the outcome of the election.

Other candidates also shared their reactions too.

In San Benito County, Bob Tiffany is in the lead with 38% of the vote and Mike Mansmith is currently in second place with 31%.

Although results are not official yet, Tiffany shared his optimism.

So far, the only other candidate who shared a reaction on social media is Robert Gibson. Gibson thanked family and friends, while also congratulating Tiffany on his projected win.