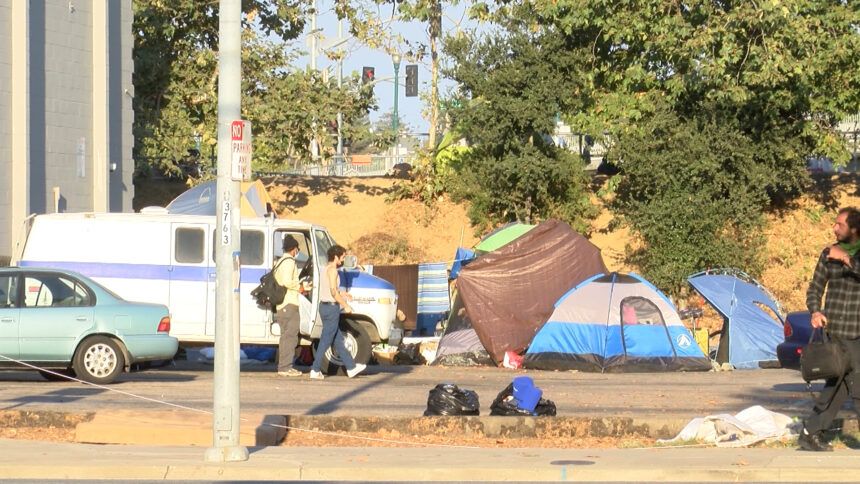 Businesses are voicing concerns of disruptive behavior, littering and alleged sights of sexual activity from homeless encampments along the Front Street and Laurel St area in Santa Cruz.

Local workers say an influx of homeless encampments has led to a decrease in business.

One worker says he has seen a drop in 75% of his customers, which he attributes to the increase in homelessness.

"Screaming, yelling, doing illicit activities, we see it, they see it and they don’t want to come back," says the worker who Identified himself as Ruben.
Ruben says he has previously filed a report with police but feels this effort was futile.

Now, Ruben says he and other surrounding businesses want the city to remove the encampment altogether.

City officials say they are working to address the complaints.

“Today, the city was working to clear some encampments primarily because we’re doing some vegetation management but also in response to the nuisance complaints and the nuisance conditions," says Elizabeth Smith, City of Santa Cruz Communications Manager.

A homeless advocate says police have come out to the encampments.

"The police have been in and out of here all day, they emailed us an eviction notice last Friday and the next day they gave out papers to everybody that they had to leave," says Keith McHenry.

Businesses along this stretch say they have been hit hard by the pandemic and want the city to clear the streets in hopes that it will bring back customer flow.