With lower gas prices effectively putting more money back in their pockets, Americans continued to spend last month. But persistent inflation has reshaped their shopping habits.

In July, US retail sales were flat compared to the previous month, the Census Bureau reported Wednesday. That marks a slowdown from June, when retail sales rose by a revised 0.8% over the month.

Spending at gas stations fell by 1.8% month over month, reflecting the recent drop in gas prices, while spending at grocery stores rose 0.2% for the month.

“[American shoppers] are clearly spending money on consumables and basics at the expense of some discretionary merchandise,” said Sarah Henry, portfolio manager at Logan Capital Management.

Consumers have no choice but to buy essentials like groceries and gas, although they may switch to cheaper brands or change how frequently they buy, said Kayla Bruun, economic analyst at decision intelligence company Morning Consult. “It’s really those discretionary goods we’re seeing a lot of cutback on, particularly among those lower- and middle-income groups,” she said. Retail sales at department stores, for example, dropped in the month of July and were also lower on a year-over-year basis.

Even wealthier Americans are being impacted by the highest inflation in 40 years: Walmart CEO Doug McMillon said Tuesday on the company’s investor call that higher prices were contributing to an influx of higher-income shoppers at the discount store.

“We expect inflation to continue to influence the choices that families make,” McMillon said.

Higher prices on food and gas impact lower-income households to a greater degree, because they must spend a larger share of their earnings for these necessary purchases, said Mike Rittler, head of retail card services at TD Bank.

“It’s kind of a double whammy — you have less coming in, more going out. It really makes for challenging times,” he said, noting that the amount of debt people are carrying on their credit cards has been creeping up. The Federal Reserve said earlier this month that consumers added $40.1 billion worth of debt to their balance sheets in June.

The July data also showed that sales at home improvement stores rose by 1.5% over the month and by 10.1% from a year ago — as corroborated by recent earnings in this sector. Home Depot said Tuesday it had record sales in the most recent quarter, and that although the number of transactions ticked down by 3%, people spent about 9% more when they did make purchases. Lowe’s missed on expectations for same-store sales, but beat analyst estimates for earnings.

“It speaks to the wealth effect of consumers who own homes,” Henry said.

Increasingly, experts worry that the divide between homeowners and renters is further driving economic inequality, as concerns grow that lower income households are losing more ground the longer inflation remains entrenched and prices for everything from groceries to rent keep rising.

For example, homeowners with fixed-rate mortgages are insulated from rising rents and are “not necessarily having to bear that burden of higher housing prices,” Bruun said, noting that lower-income adults are more likely to be renters, not homeowners.

“There’s reasons to be optimistic, but also reasons to be concerned. Inflation still is really high, even if it’s slowing down,” Bruun said. “That’s a really long time for consumers to be living with these elevated prices.” 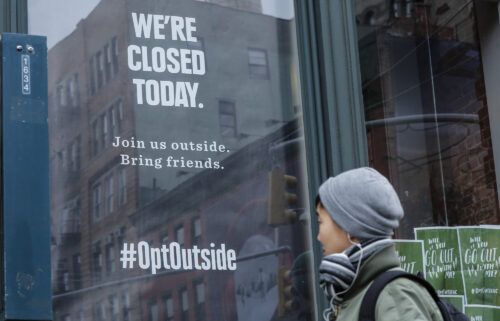 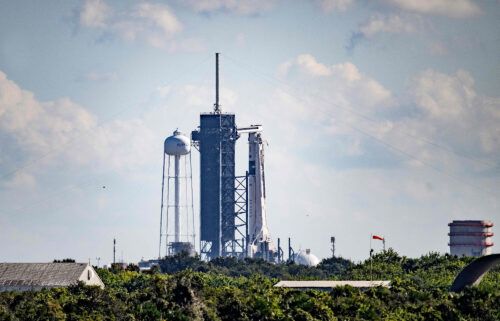