Air Quality Report (As of 11:00am)Good to moderate for all reporting areas. Weather Story: Saturday will be a bit warmer, dryer, but breezy. Expect more sunshine with patchy clouds throughout the day. Another weather system will move in Sunday night with better chances of rain. Perhaps the strongest, wettest system on the way is… Continue Reading

Air Quality Report (As of 7:30am)
Good for all reporting areas.

Weather Story: The weather pattern will remain active for the next couple of weeks, which will mean more rain coming our way. In the short term, however, don’t expect too much.  High pressure builds in behind Sunday/Monday’s storm system. With light offshore flow, a clearing, drying trend can be expected into Tuesday. Then, a couple of weather systems will slide in over the ridge. The first, early Wednesday, will bring clouds and maybe a sprinkle to the mountains. The second, early Thursday is more likely to bring some light rain to the region—favoring coastal areas. The ridge will then return for the weekend with a slight warm-up before it breaks down further next week. Storm systems are likely Sunday and Tuesday with a higher chance of significant rainfall—as opposed to some of the weaker systems as of late. Since this is a ways out, please stay tuned to updates as the pattern could change slightly.

Tuesday: Mostly sunny with just a few clouds. A bit cool, with highs mainly in the 50s to around 60ºF. Breezy on the exposed coast and over the ridge tops at times. Temperatures will drop quickly after dark.

Overnight: A few clouds, with patchy fog possible by sunrise. Cooler, with lows in the 30s along the coast and 20s-30s inland.ADVERTISING

Wednesday: Mostly cloudy early with a few sprinkles in the mountains, then becoming partly cloudy and slightly warmer with highs in the 50s to low 60s. Clouds increase late.

-The outlook from the Climate Prediction Center for January 5th – 11th calls for the likelihood of near normal temperatures and ABOVE normal precipitation.
-El Niño/La Niña STATUS: Weak La Niña
-Forecast into Winter: La Niña Advisory 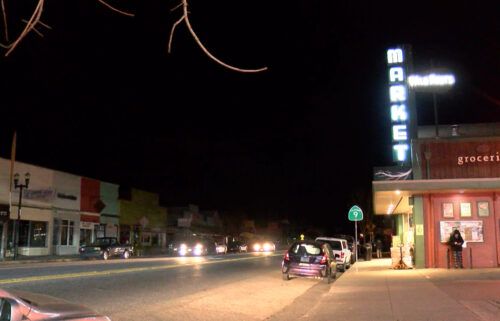