The district said all bus routes are running as scheduled and parents have been notified about bus drivers returning to work.

This comes after Pajaro Valley Unified School District Superintendent Dr. Michelle Rodríguez sent a letter out saying the bus drivers were engaging in an unlawful sick out and how it was violating their labor agreement with California School Employees Association.

Parents had to drop off and pick up their children on Friday and Monday after the Pajaro Valley Unified School District (PVUSD) suspended school transportation due to the lack of bus drivers.

On Monday, only the routes for children with special needs operated as normal. The district sent text messages to parents to inform them that school transportation routes were suspended and invited them to make plans to be able to pick up their children, due to the lack of service.

They added that the lack of school bus drivers has existed since before the pandemic, but the problem has worsened.

The Pajaro Valley Unified School District sent a letter, signed by the Superintendent, Dr. Michelle Rodríguez, saying that the drivers' action is illegal and they are not authorized to be absent collectively alleging illness.

"We deeply regret the disruption and inconvenience that occurred on Friday and today due to the absence of approximately 38 bus drivers. The majority of our bus drivers are engaging in illegal "sick leave" in violation of the Collective Bargaining Agreement. the CSEA (California School Employees Association)," said Superintendent Rodríguez.

She added that "the bus drivers did not give the District any notice that they would be participating in a work stoppage. The bus drivers who call in sick have not communicated directly with District Administration about the reasons why they are refusing to come." to work."

"Bus drivers were told on Friday that their 'sick leave' was illegal and that they should return to work, but many of the drivers called in sick again on Monday."

Michelle Rodríguez indicated that the CSEA assured her that it will communicate with the drivers so that they return to work.

"To clarify, the District and CSEA have been working collaboratively together on contract negotiations and have made significant progress. In fact, in August, we signed a Tentative Agreement for a 12.5% ​​salary increase for all CSEA members, including bus drivers. The District has not been informed that the “sick absence” is due to a break
in negotiations between the District and CSEA," concluded the head of the Pajaro Valley School District.

PVUSD expects drivers to return to work, and school bus service can return to normal by Tuesday.

The district is accepting applications for anyone looking to work as a bus driver. Those who are hired will even receive a $5000 signing bonus. 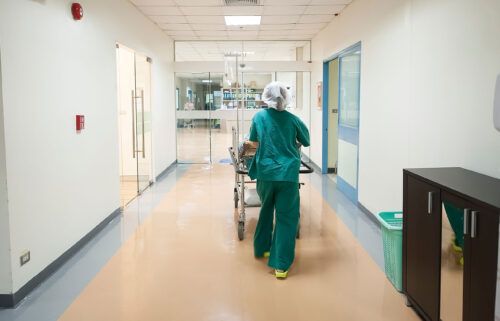