I have been embedded with every branch of the US military multiple times — in war zones and on base — but nothing is quite like an inside look at the newly created US Space Force. Space Force “Guardians,” as they’re known, do their work hundreds — even thousands of miles — from the front lines of the conflicts they are fighting.

And yet, each Guardian we spoke to describes their fight as just as hostile as any other front today.

“Space is a war fighting domain,” said Col. Matthew Holston, Space Delta 8 Commander. “It’s the reason that we stood up the United States Space Force as a separate service. So each and every day we’re training our operators to deter conflict, but if deterrence fails – to compete and win in space.”

My team and I visited mission control at Buckley Space Force Base in Aurora, Colorado, where Guardians fly the nation’s missile warning satellites. Using infrared sensors, these satellites, orbiting 22,000 miles above Earth, scour the planet 24/7 for missile launches and nuclear detonations.

“We never stop, always vigilant and we’ve never failed,” Lt. Col. Michael Mariner, 2nd Space Warning Squadron Commander told me. “And there’s a reason for that. And it’s because that’s how important this mission is to our nation. We provide decision quality data to tactical war fighters on the ground to save their lives.”

In January 2020, these satellites sprang into action — detecting multiple missiles from Iran targeting the Al-Asad air base in Iraq where US troops were stationed. Before those missiles rained down, within minutes, Space Force had delivered a life-saving warning to US units on the ground.

“It is lightning fast,” Space Force Specialist 4 Sally Stephens, who was on duty that day, told me. “Not very often do we get reminded of where our data gets to, and that night was a shocking reality.”

Missile warning satellites are just a fraction of the hundreds of US government and commercial satellites monitored and defended by the Guardians of the Space Force today.

The trouble is, space – once considered largely friendly territory – has become a potential war zone.

China is launching “kidnapper” satellites, with grappling arms capable of plucking satellites out of orbit.

Russia is deploying “kamikaze” satellites capable of ramming and destroying US space assets.

Gen. John “Jay” Raymond, Chief of Space Operations for US Space Force, walked us through one of the most alarming episodes of a growing space arms race.

“Talking about it” meant, in effect, warning Russia away.

As Gen. Raymond told it to me, “we described what safe and professional behavior [is] — it’s important. Today, there’s no rules in space. It’s the wild, wild west.”

Russia and China also have directed-energy weapons, which can damage or disable US satellites from a distance. The age of lasers in space has already arrived.

Space Force is now an independent branch of the US military due to this alarming new reality: space — once relatively peaceful territory — is now considered a potential front in any modern war.

The US has far more satellites than any other nation: some 2,500, compared to 431 for China and 168 for Russia, according to the Union of Concerned Scientists.

And a whole range of military technologies depend on them: satellites help warships and aircraft navigate and communicate…help smart bombs and guided missiles hit their targets…help warfighters monitor threats on land, sea and in the air.

“There’s nothing we do as a joint force, whether it’s humanitarian assistance, disaster relief or combat that isn’t enabled by space,” said Raymond.

More than many Americans realize, civilian technologies are equally dependent on space.

The nation’s constellation of GPS satellites — flown by 2nd Space Operations Squadron at Schriever Space Force Base in Colorado Springs — is the backbone of multiple critical infrastructures.

“The standard American people will probably use space 20 to 30 times between the moment they get up to the moment they have breakfast,” Col. Miguel Cruz, Space Delta 4 Commander said.

Raymond described the importance of space to American life by saying, “the US is a spacefaring nation. We have long understood that space provides the foundation for all of our instruments and national power.”

That dependence on space is one reason Space Force was stood up as its own separate branch of the military in December 2019. That step, practically speaking, makes “a significant difference,” Raymond said.

‘The target’s on your back’

“It allowed us to attract more talent, to develop that talent in ways that that we haven’t been able to in the past,” Raymond explained. “It’s helped us strengthen our requirements. It makes me a member of the Joint Chiefs. It allows me to integrate space into joint war fighting constructs. It also puts me on par with the international chiefs that I deal with, allowing us to strengthen our partnerships.”

The job of defending the nearly three dozen GPS satellites rests with a remarkably small team: ten Guardians on duty at any time, outnumbered nearly three-to-one by the half-billion-dollar satellites they fly.

Schriever Space Force Base has control over multiple constellations of US satellites, every constellation with dozens of satellites, each providing capabilities, such as GPS, secure military communications, and — more and more — situational awareness in space, that is, looking out for adversaries and weapons targeting US space assets.

The danger for the US is that greater dependence on space equals greater vulnerability.

“Our biggest challenge is staying on top, right?” said Mariner, the 2nd Space Warning Squadron Commander. “When you’re at, when you’re at the top, the target’s on your back, everybody’s shooting for you. So they are developing better technology.”

New satellites are being designed with greater maneuverability, shielding to block directed-energy weapons, and resiliency so that losing one or a few does not disable the system.

Space Force commanders welcome the private sector’s entry into space, since it creates more and cheaper options to get into orbit. In June this year, the newest GPS satellite went up on a SpaceX rocket.

“I would bet on US industry any day,” said Raymond. “It’s a huge advantage that we have.”

As for the US weaponizing, Space Force wants to avoid a space arms race.

“We would prefer for the domain to remain free of conflict,” Raymond said. “But like in any other domain, air, land, sea and now space, we’ll be ready to protect and defend.”

Adversaries have already attempted to use space weapons to temporarily disable US satellites, using lasers and directed-energy weapons to blind or “dazzle” them.

Space war is not science fiction, but a battle already underway today. 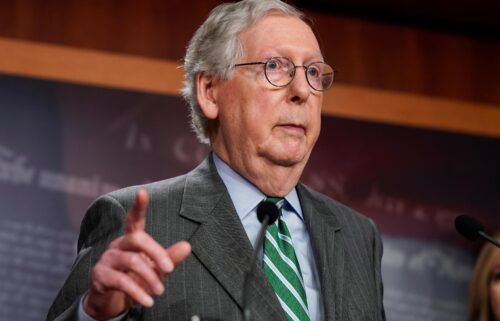 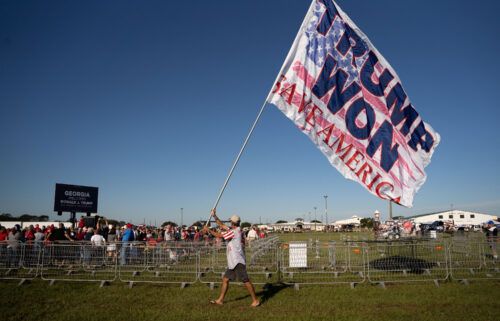 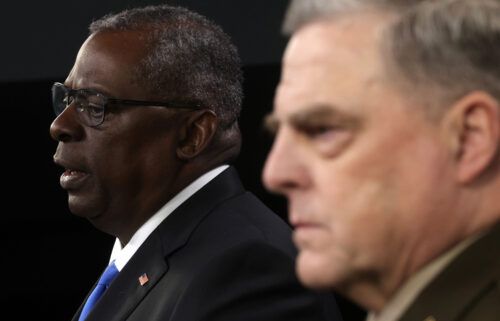