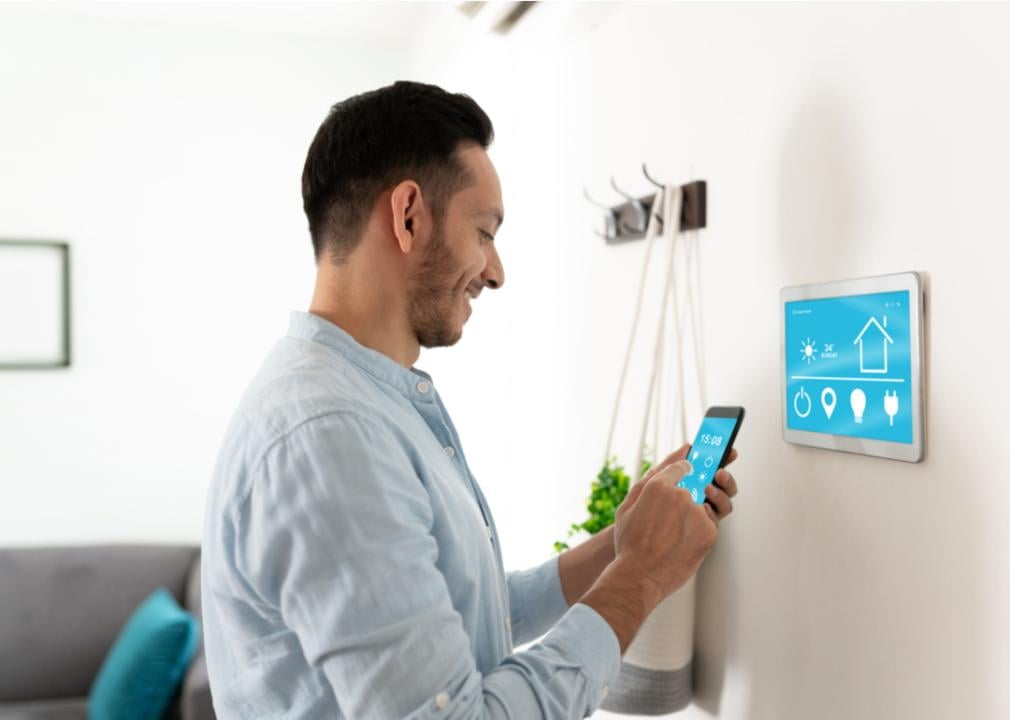 5 things to know about the Internet of Things

The internet of things has become a buzzword you’ve likely seen in the news over the last several years. As more people buy smartwatches, autopilot-enabled cars, smart TVs, game consoles, or even smart refrigerators, the internet of things grows in its vastness and depth, with billions of electronics online at any moment.

These rapid technological developments are enough to make your head spin as a consumer. IoT Secure demystifies the internet of things and the most common electronic devices and networks linked to it.

You can buy practically any appliance now that has been enabled with “smart technology”—generally a type of tiny transmitter, from a radio frequency identification tag to smartphones and tablets linked to cellular networks. These devices’ communications range from a simple ping verifying location to a full user interface with built-in GPS, like a smartwatch. Their defining feature is that they can not only communicate with one another, but also transmit data to a central hub like a corporation or manufacturer. Then there are devices designed for constant interaction with humans. For example, a smartwatch that records not only your exercise heart rate and calories burned, but also logs how many hours you sleep.

Read on to find answers to some of the most common questions about IoT devices. We’ll demystify the technology, as well as present some of the risks you may have heard about from linking your Alexa or home thermostat to the internet. 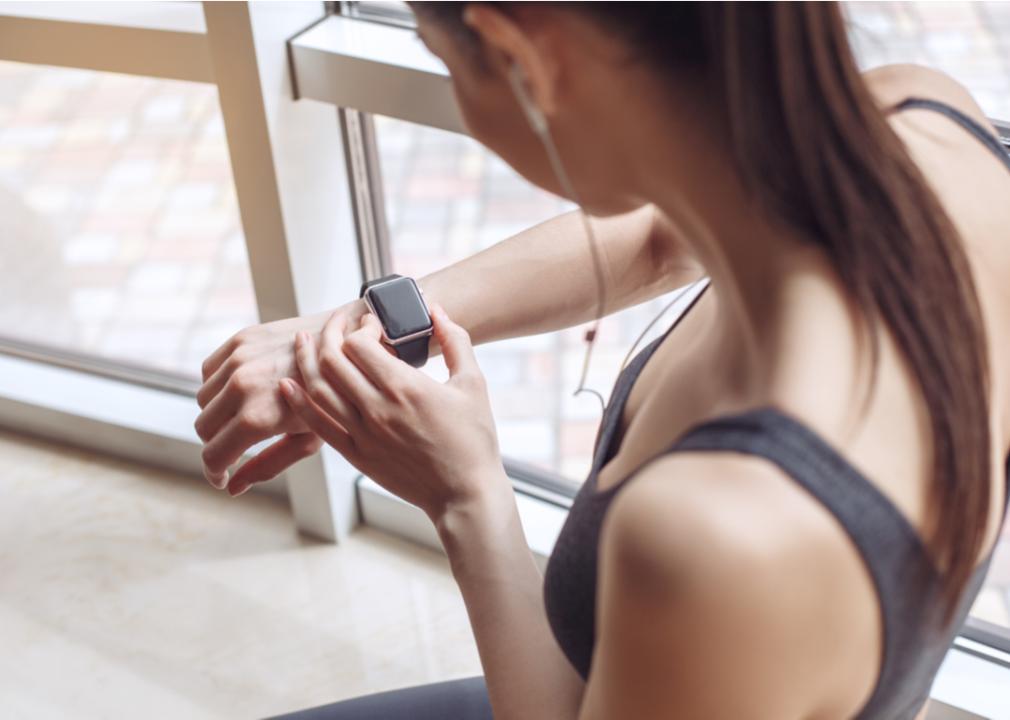 Where you find IoT devices in everyday life

In 2022, it’s hard to overstate how common it is to find devices that are part of the internet of things, or IoT. Smartwatches are the most popular IoT, with Apple shipping 31 million Apple Watches in 2019 alone. Smartwatches are usually tied to your cellular provider so it can stay online while you roam. A lot of the information they gather is the same data that you’d find being constantly collected by your smartphone.

Gaming consoles are the second most popular type of device linked to IoT, with high-speed internet connections that download new games and keep others constantly online. Smart TVs are the third most popular, as more people opt for big screens that can seamlessly stream all their favorite shows. The fourth most popular type of IoT is voice-controlled devices like Alexa, which also introduces a host of questions about privacy and security.

The fifth most popular IoT category is scanners and printers. You’ll still find many in home offices, despite smartphone camera apps more recently replacing their functions. The sixth and the most important type of IoT for home security is also the most potentially problematic for privacy: video cameras. This applies especially to cameras on laptops and tablets equipped with microphones that can detect and record conversations. 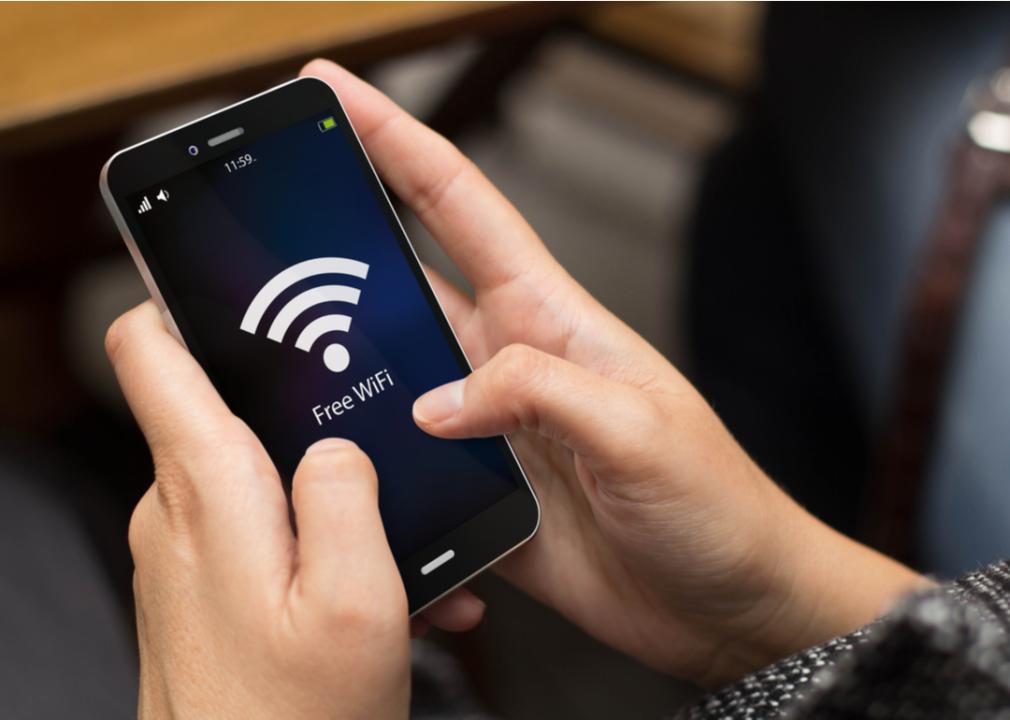 IoT devices are all connected to the internet and designed to form systems to communicate amongst themselves as part of an interlinked network. This interconnectivity allows them to automate or remotely control different processes, like turning off lights or monitoring your backyard. IoT devices can collect and transmit information, just like almost every other electronic device.

The simplest type of IoT is radio frequency identification, or RFID, which is when devices send pings back and forth to indicate their location. Other devices grow in complexity as they use more bandwidth, transmitting continuously via Bluetooth, Wi-Fi, and cellular networks. 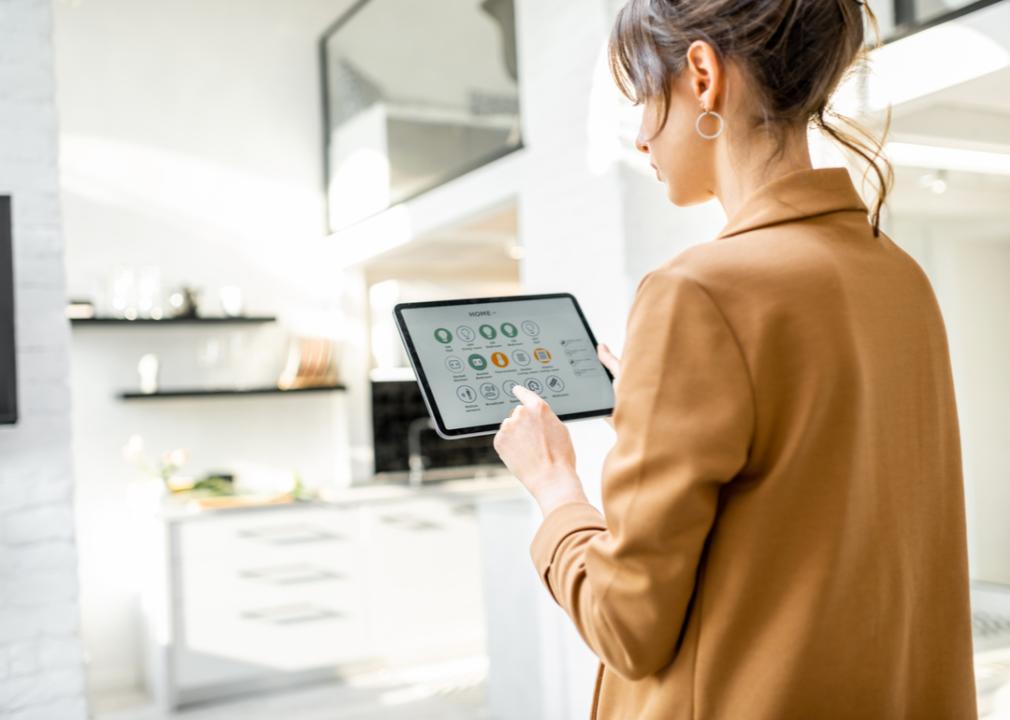 The types of information IoT devices collect and transmit

IoT devices collect data for automation, like when you tell your smart thermostat what hours you’re away from home and when to warm up your bedroom. All the collected data form an impression of how you use your devices so devices can begin to forecast behavioral patterns. This can make for better predictions—as well as highly targeted marketing—that represent the highest and often controversial value captured by Amazon and other corporations that operate IoT products. 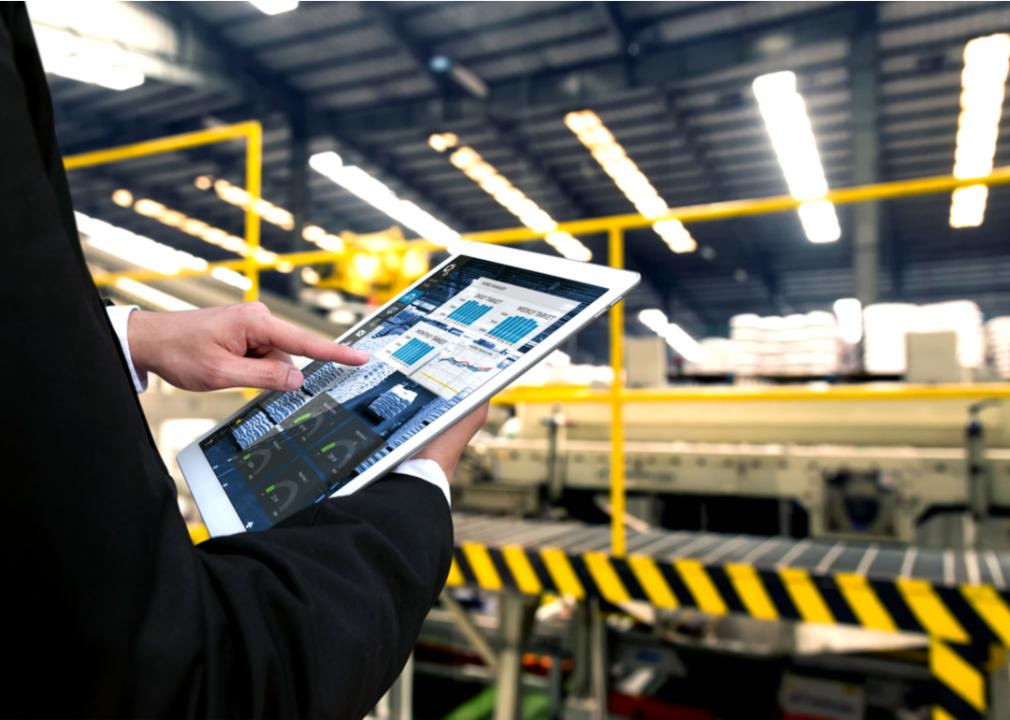 How IoT data is used

A variety of industries use IoT device data. Companies can use ongoing location data from devices like smartwatches to create profiles of users’ daily commutes, plus locations commuters are avoiding due to service outages or construction.

Logistics companies can use container RFID and GPS data to identify efficiencies and sell lower-cost shipping. Electric utilities can use consumer thermostat data to help adjust the grid for lower power consumption depending on the time of day, seasonality, and severe temperature swings. As robots and other devices integrate improved RFID technology, manufacturers hope to combine IoT with artificial intelligence to revolutionize how they measure and improve the performance of their machinery. 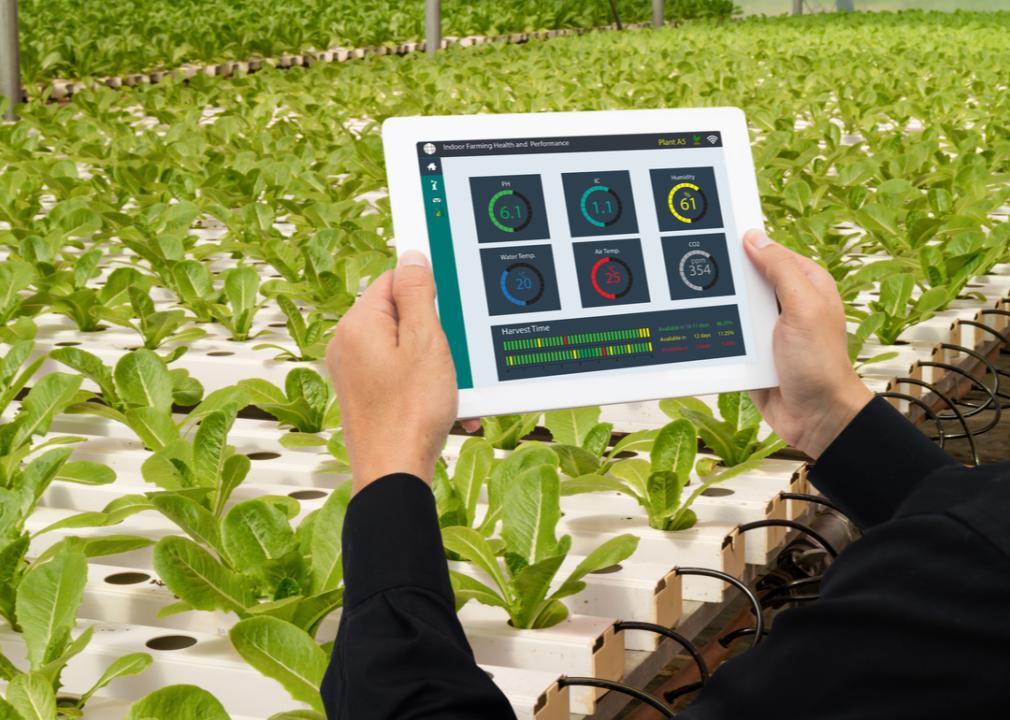 Risks to your network of devices

We’ve seen the ways that IoT can improve consumer experiences and change industries, but what about the security risks? In general, the more IoT devices and networks that interact with your life, the greater the risks will be that one of them could be targeted by hackers. Despite precautions such as Wi-Fi router encryption and network password changes, there is always some possibility that hackers can intercept the data being transmitted by smart devices.

There’s also an additional risk that hackers could send false or malicious data to the devices themselves, like changing the thermostat to overheat your house, or reprogramming your onboard GPS that you use for directions. In one example of IoT security vulnerabilities, one teenage hacker recently claims to have infiltrated dozens of Tesla electric vehicles across 13 countries due to owners not safeguarding their settings.

News stories in recent years have highlighted how data gathered by worn devices and smartphones can reveal sensitive sites, protection protocols for important figures, or even military troop locations on the battlefield. In 2018 Wired and the Washington Post reported that FitBit smartwatches worn by deployed U.S. special forces personnel during workouts were a big concern for the Pentagon, after data linked to a smartwatch fitness app exposed the locations of sensitive bases in Afghanistan and Syria.

This story originally appeared on IoT Secure
and was produced and distributed in partnership with Stacker Studio. 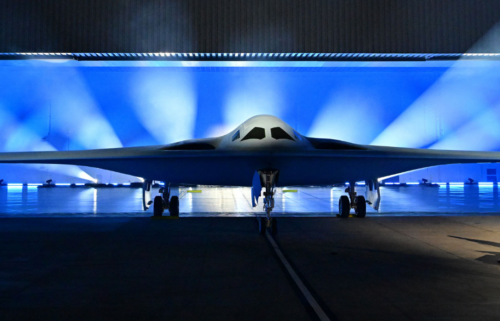 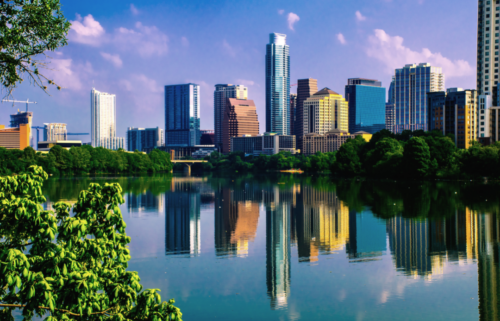 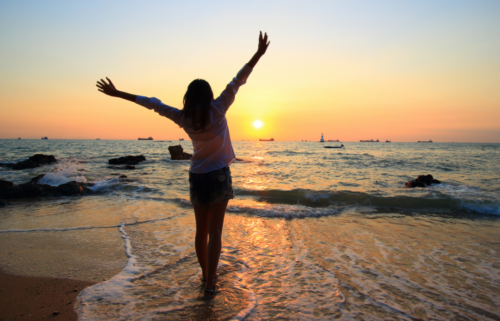 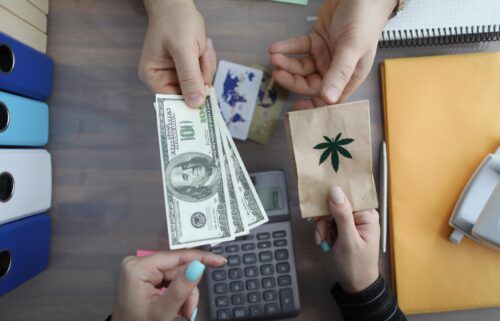