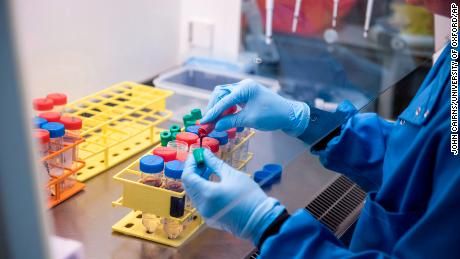 (CNN) -- North Korean hackers are suspected to have carried out a cyberattack against British coronavirus vaccine developer AstraZeneca in recent weeks, Reuters revealed Friday, citing two unnamed sources with knowledge of the matter.

According to Reuters, North Korean hackers posed as recruiters on networking site LinkedIn and WhatsApp in order to approach AstraZeneca staff, including those working on coronavirus research, with fake job offers.

The suspected hackers then sent documents -- some using Russian email addresses -- purporting to be job descriptions that were in fact laced with malicious code designed to give the hackers access to the victim's computers, Reuters reported.

According to Reuters' sources, the hackers are not thought to have been successful.

While AstraZeneca has declined to comment on the matter, the University of Oxford -- which is working in conjunction with the drugmaker to develop a coronavirus vaccine -- told CNN in a statement that the university is working closely with the UK National Cyber Security Centre (NCSC) to ensure its protection.

"Oxford University is working closely with the National Cyber Security Centre to ensure our COVID-19 research has the best possible cyber security and protection," a university spokesperson told CNN.

The NCSC has not directly commented on the matter, but told CNN on Friday that it is "committed to protecting our most critical assets, the health sector, and crucial vaccine research and development against threats."

CNN has reached out to the Democratic People's Republic of Korea's mission to the United Nations in Geneva for an official comment but has yet to receive a response.

In a telephone conversation with CNN, a member of staff at the mission said the Reuters report was "fake news," alleging that the information had been "fabricated."

The reporting comes after a South Korean lawmaker said the country had also thwarted North Korean attempts to hack its own pharmaceutical companies working on coronavirus vaccines.

Speaking on Friday, lawmaker Ha Tae-Keung did not say when the hacking occurred or which drug companies were targeted, but confirmed North Korea had made attempts to hack South Korean pharmaceutical companies that are developing local vaccines for the coronavirus.