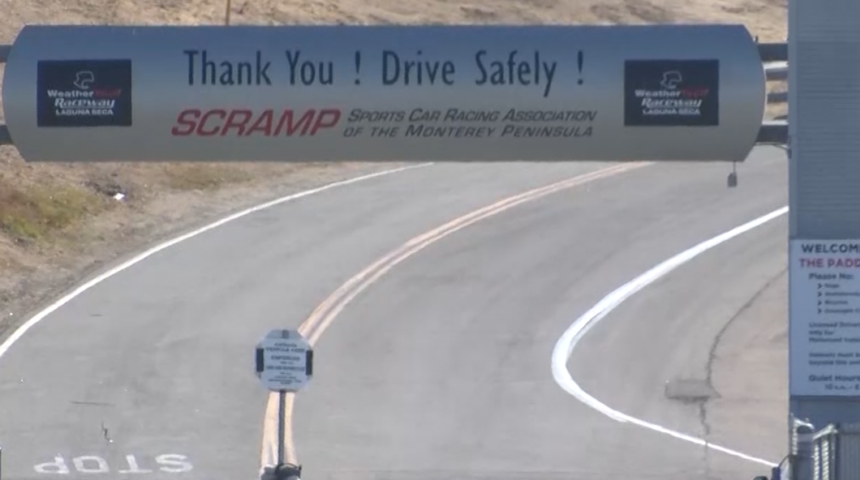 Many call Laguna Seca a jewel of Monterey County, but after 62 years the world-famous track will have someone new behind the wheel.

Tuesday, Monterey County Supervisors kicked out the track's former operator and voted in businessman John Narigi who has decades of dealings on the Monterey Peninsula.

“I look forward to him bringing his business acumen. He's been around and he's been part of the community for 25 years,” Supervisor John Phillips tells KION.

Narigi says Phillips was among a group of people who encouraged him to pitch a proposal to run the track. Narigi wants to expand Laguna Seca's influence.

“This business is not being run like a business. The focus was always been on the track when it's really the entire recreation area,” Narigi said.

This is one of the first moves for Narigi's young company, A&D Narigi Consulting LLC. The state approved its “articles of organization” filing on October 7th - just a week before Monterey County announced it was accepting proposals for a Laguna Seca takeover.

The Sports Car Racing Association of the Monterey Peninsula (SCRAMP) has run the track for more than 60 years and claims they were virtually shut out of the process, given just two weeks to put their bid together. In a statement released November 14th, their CEO Tim McGrane said they were shocked and not ”provided the opportunity to discuss our proposal with the ACAO.”

But did that matter? Monterey County took three bids in. SCRAMP’s bid requested roughly double the monthly management fees and its requested allowed monthly expenses was more than 1.3 million dollars over the other bids.

“It’s taxpayers dollars. This is our asset and I feel a real responsibility to take care of it the most fiscally prudent way that we can,” Supervisor Mary Adams said.

But critics claim money played a role in selecting Narigi. Supervisors voted 5 to 0 to approve his takeover, but KION found Narigi or PACs he was involved with also contributed to the campaign of four out of five county supervisors.

Narigi was also the treasurer of the Monterey County Businesses PAC when it donated 40 thousand dollars to Phillips and 10 thousand to Chris Lopez.

Alejo says that reports linking the contributions to their decision are "disingenuous" and "smear tactics."

“It was a cheap shot. But it was timed out in order to dirty this situation up. That's all I’ll say to that,” Phillips said.

“As I have begun a major contract with a governmental agency, I have cut all ties with all political activity and other community activities back in June.”

Supervisors are instead pointing to a different collection of cash for dumping SCRAMP - it includes the non-profit's checkered financial history.

SCRAMP kept managing Laguna Seca despite a 2016 audit revealing “inconsistent cash handling” and inadequate documentation” in a long list of issues. A separate assessment in 2019 found SCRAMP to be two million dollars in debt and had "ineffective controls over cash handling"

However, the second assessment revealed SCRAMP demonstrated it was working to turn things around.

“The revenues are strong. There is more potential out there. We have to maximize those opportunities,” McGrane told KION back in October.

But Alejo says SCRAMP’s financial problems persisted, and its "unrealistic proposal and poor track record led to this final straw."

In a statement released after realizing they were not going to continue operating the Laguna Sea Recreation Area, SCRAMP shared a sentiment KION also heard from Supervisors Phillips, Adams and Alejo - they are trying to make sure all of the volunteers get to seamlessly remain with the track.

Supervisor Chris Lopez did not respond to KION for this report.