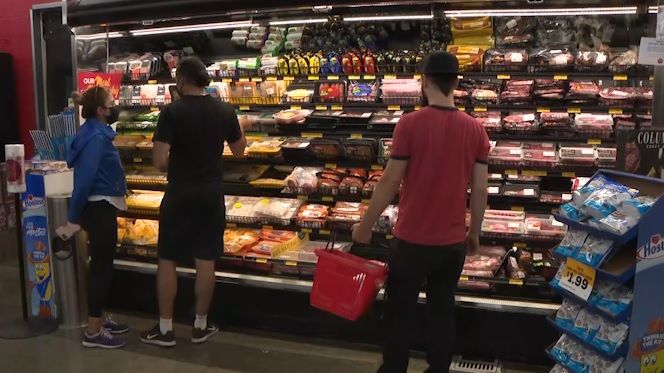 (KPIX) - Meat producers are warning that come January 1st, pork products may begin disappearing from California stores. It's all happening because it's what people voted for three years ago in the 2018 election.

Prop 12 set mandates for living space for farm animals if they're going to be sold for meat in California.
It started with chickens, but pork producers pushed back in the courts.
Now, the ninth circuit court of appeals has upheld Prop 12, which means more room now for pigs

"You have significant costs to come into compliance with what prop 12 requires and some of them just won't be able to do it and they'll be forced out of business," says Jim Monroe with the National Pork Producers Council.

Monroe tells CBS affiliate KPIX only about 4 percent of farmers are compliant with the new rules.

However, because the law bans non-compliant pork wherever it's produced, come January 1st, most of the nation's raw pork products would be illegal to sell in California.

"There's very little pork production in the state of California. it is predominantly done in the Midwest," says Monroe.

The only legal step left for the pork producers is the US Supreme Court, but they say they are trying to work with Governor Newsom to postpone enforcement until changes can be made at the farm level. If not, the cost of available pork is expected to skyrocket.