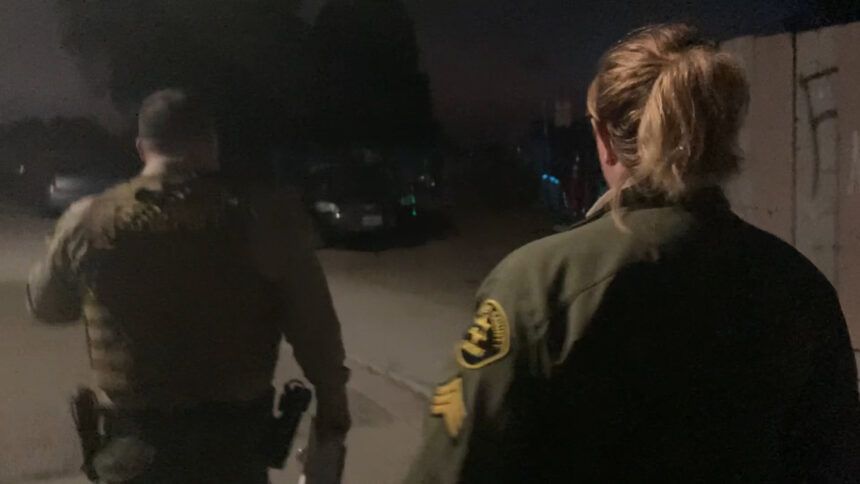 Back in 2019, there was an ordinance passed to restrict nighttime noise levels. According to the ordinance, "It is prohibited with the unincorporated area of Monterey County to make, assist in making, allow, continue, create, or cause to be made any loud or unreasonable sound any day of the week from 9 p.m. to 7 a.m. into the following morning."

Loud noise is considered, a sound that is plainly audible at any distance of 50 feet in any direction from the source of the sound, according to the ordinance.

On Saturday night, KION reporter Stephanie Aceves tagged along with Monterey County Sheriff Deputies who responded to several calls regarding loud noise. Deputies explain how they are understaffed and need to give priority to calls where there is a threat and imminent danger. For that reason, they may not be able to respond and enforce the ordinance.

One party KION encountered had a live D.J. who was playing music close to midnight. This specific party was a family gathering, the host wasn't issued a citation on the spot. They were cooperative when asked to turn off the loud music and cut the noise. For that reason, they were only given a warning. Still, neighbors would like to see parties like these reported and cited.

"We don't want to start World War III, we just would like everybody that is charged with the duty of enforcing this and making this go away... to do their job. Once you start issuing these tickets and they become significant, and it hits the pocket, some of them are going to duck out," said Lesley Noble, an Elkhorn Slough resident.

Deputies say given the number of calls they receive during a busy Saturday night, it's a huge undertaking.

"We really are trying to serve the public in the best way that we can but we have to think of our safety. We have to deal with the limited resources which by that I mean deputies that we have. And, we just really have to prioritize the calls and on a Saturday night, sometimes we get so many dispatched calls for different reasons," said Sergeant Nicole Davis.

Despite a strain in resources, this begs the question of why deputies aren't being heavy-handed with citations to send a strong message. Monterey County Supervisor John Phillips agrees it's a problem and feels there is a way to enforce the noise ordinance passed two years ago.

"I'd like to see if we can get some funding to have a task force maybe just for three to four months, maybe to get a handle on it, maybe even longer but to have a code enforcement on duty that their sole purpose would be citing these," said Phillps.

Enforcement is a $250.00 fine for the first violation, the 2nd and subsequent violation can result in a large fine and even imprisonment of up to six months in jail.